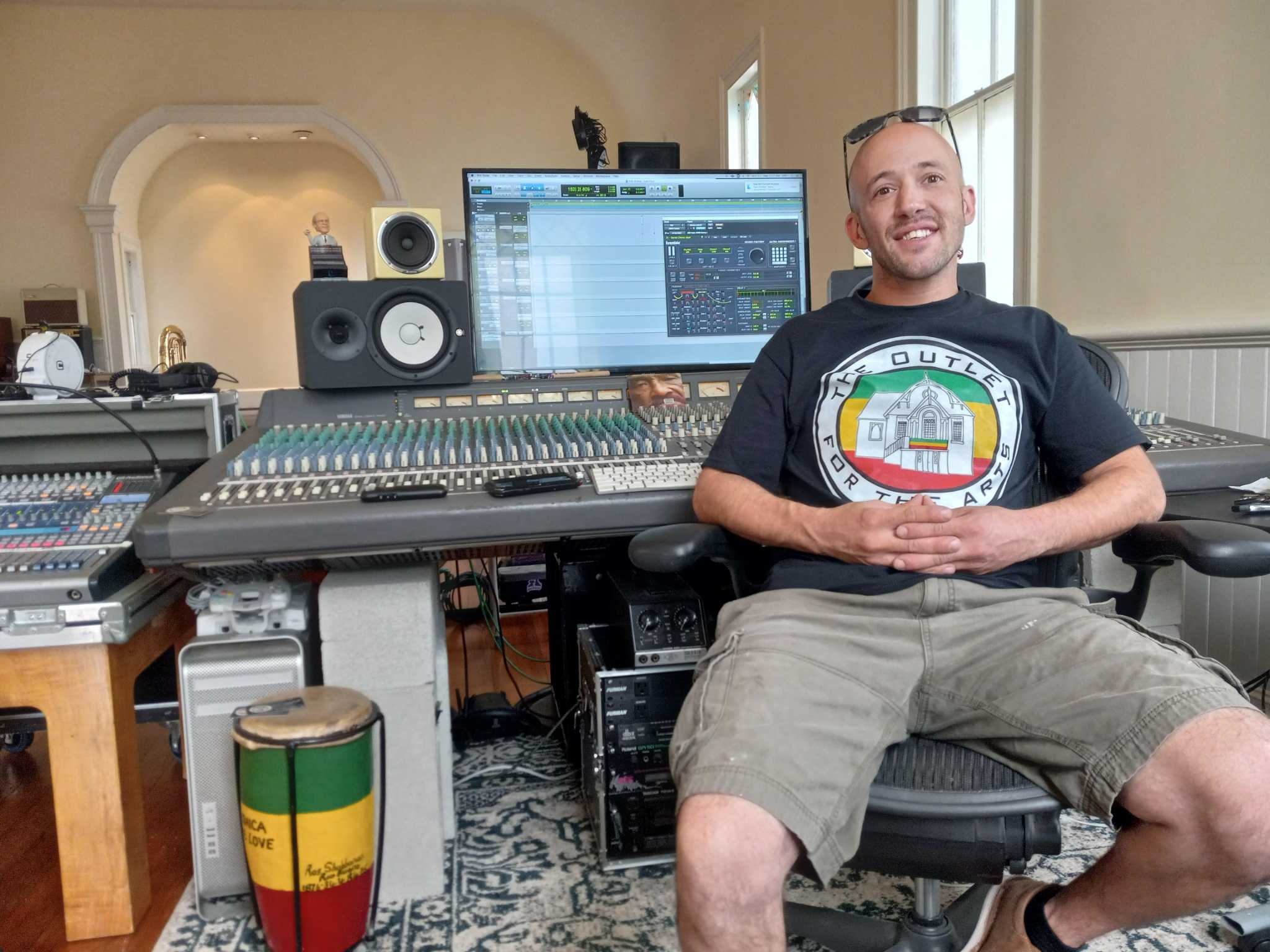 TORRINGTON — Chaz DiVito, a seasoned music industry sound technician, has put down roots in Torrington, living in and restoring a former church at 59 Barber St., now known as the Outlet for the Arts.

The venue was a performance space called Studio 59, owned by Timothy Wallace, which closed in 2018. Wallace offered a variety of living room-style concerts in an intimate setting, featuring classical music, opera and other genres.

After its closure, Studio 59 remained empty. It was vandalized, DiVito said, and was in poor condition when he decided to take the plunge and buy it in 2020. The building, built in 1886, is a former Seventh-day Adventist church, which has disappeared in the 1960s.

“After the church left, it was a residence, it was a law firm; a lot of the families that lived here were involved in music and art,” DiVito said. “A lot of people remember this place, for different reasons. Tim Wallace had Studio 59 here, and I know it was hard for him to leave.

DiVito lives on the upper floor of the old church, working to create a space where musicians and performers can make records, host shows, and work on their craft. He recently hired local painter Warren Walsh to repair and paint the main space of the old sanctuary on the ground floor. On the lower level, the walls are also freshly painted and the place is clean, with a small working recording studio and a kitchen in various stages of repair.

Her next big challenge is to refurbish the staircase leading to the main space – steep and creaky, it needs to be replaced. “That’s the big project right now,” DiVito said. “But it’s falling into place.”

DiVito participated in Make Music Day in June and hosted individual artists on site during the afternoon events. He looks forward to welcoming more artists to do their work with him, use his equipment and make music.

“I try to keep an open format here,” he said. “I’m a sound engineer and music producer, and I can help bands shine – I have a piano, keyboards, tape recorder, phonograph.”

Hailing from Windsor, DiVito has worked with artists including Sean “Puffy” Combs and Wyclef Jean, he said. His career took him to New York, where he became involved with hip-hop music and artists.

“I started playing guitar when I was 10, and joined the band in high school and played percussion,” he said. “I did jazz, rock guitar.” After high school, he said, he attended New York’s SAE Institute, an audio engineering trade school.

After graduating, he started getting jobs with artists like Combs. “I helped produce his first CD, ‘Press Play’,” he says. “I worked with all these producers at Daddy’s House, that’s what his recording studio was called.”

But he didn’t get paid much, if at all, he said, and he got no credit for his work. Despite that, DiVito said, he’s met big names in the industry — LL Cool J, Method Man and other singers and rap artists.

DiVito moved back to Connecticut in 2009 and started working for Dubway, an independent music company. “I learned a lot there too,” he said.

He found plenty of work as a sound engineer, working at Mohegan Sun and setting up equipment for guest artists. It was hard work, but it paid the bills.

In 2020 he moved to Torrington, intrigued by the empty space at 50 Barber St. and a plan forming in his mind to create Outlet for the Arts.

“The pandemic was just getting started, and I kept checking the list,” he said. “My aunt is a real estate agent, and we went to see him; it was so sad. The place was emptied by thieves and the door was broken down. It has never been properly closed.

But he saw the potential inside the vintage structure. Now that the main space is freshly painted and its equipment in place, it is encouraged. “I drive for Door Dash to make money, and I still do,” he said. “I’ll do anything to pay the taxes on this place so I can keep working on it and make it work.”

He still works as a sound engineer, setting up sound systems for conferences and conventions in Boston. “They need qualified technicians for sound, for medical conferences and doctors’ meetings. It’s the only place I’ve found good work lately,” he said.

At Outlet for the Arts, he is planning a concert and comedy show in the coming months, and wants to screen “House of the Devil”, a horror film which was shot in Torrington. He has a film credit, he said.

DiVito’s vision for the space is to provide a place where any musician can perform and make their music, he said.

“It’s like coming full circle, showing people what they can do – I’ve had such great mentors and I want to pass on what I know to younger people. The younger generation needs help,” he said. “I’ve lost a lot of friends to drugs, car accidents, illness — young people need an outlet to express themselves. I have young children who come here to play. They need a place to be themselves.

To learn more about Outlet for the Arts, visit theoutletforthearts.com. 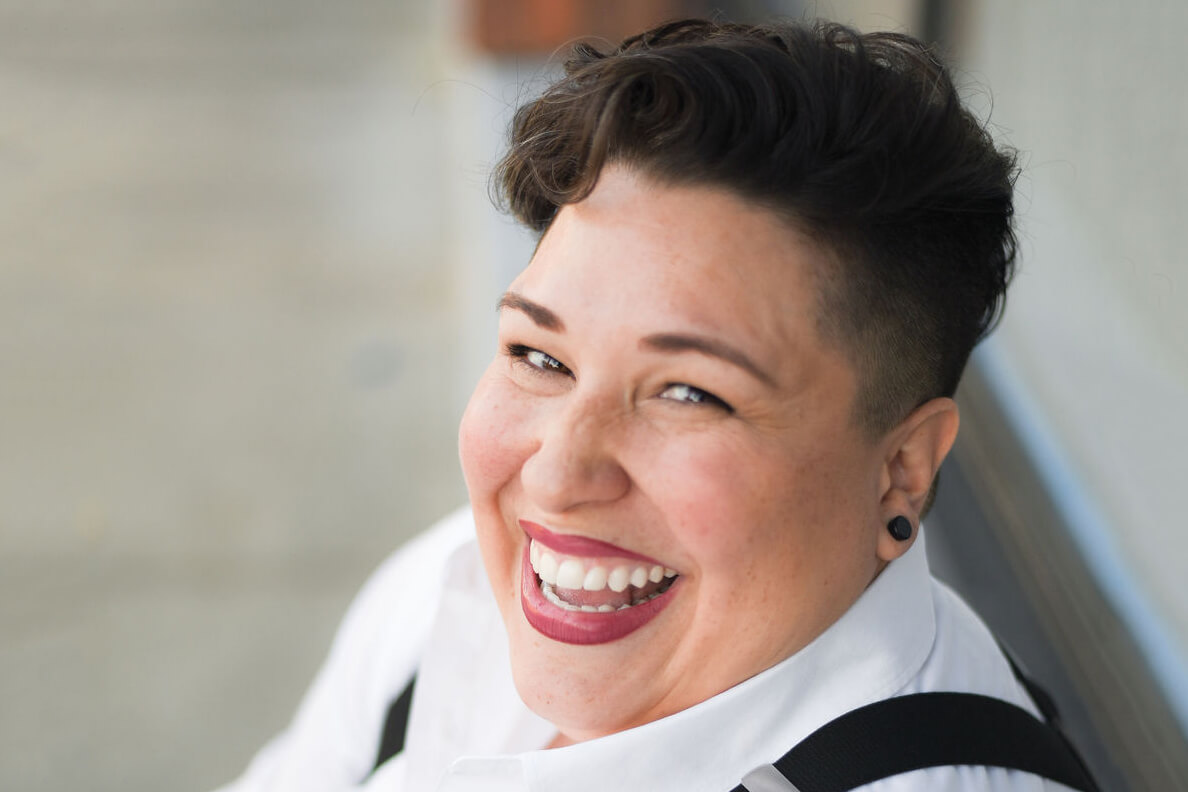