The International Contemporary Ensemble’s 20th anniversary season continues with Peyvand (پیوند), a concert of works organized by members of the Iranian Female Composers Association (IFCA) on Saturday, October 15, 2022 at 7:30 p.m. at the NYU Skirball Center. Peyvand (پیوند), the Persian word for connectedness, presents works related to this theme, including the world premiere of C Ce See by Niloufar Nourbakhsh. Nourbakhsh founded IFCA with Anahita Abbasi and Aida Shirazi in 2017 as a platform to support, promote and celebrate unheard musical voices from the Iranian diaspora through concerts, public performances, installations, interdisciplinary collaborations and workshops. .

In Nourbakhsh’s new work, C Ce See, she expresses the importance of social and artistic connectivity through a custom kinetic sculpture, designed by Roxanne Nesbitt, which brings together the tones and colors of violins, violas and cellos in a sound united by a single lock of hair in perpetual motion. C Ce See marks the first work of the Cheswatyr Commissions – Composers Now’s new composer-commissioning and mentoring initiative – with support from the Cheswatyr Foundation. Nourbakhsh was mentored by famed Prix de Rome winner Suzanne Farrin. The initiative champions living composers and commemorates and celebrates arts philanthropist Cece Wasserman.

The program, directed by Steven Shick, also includes the world premiere of Inexorable Passage by Nina Barzegar, the American premiere of Within the Hadal and Epi by Anahita Abbasi, the New York premiere of Crystalline Trees by Aida Shirazi and other works by Golfam Khayam. , Kimia Koochakzadeh-Yazdi, Nasim Khorassani and Bahar Royaee. Niloufar Shiri joins the program as a solo kamancheh player.

The Ensemble’s season continues on Friday, October 28, 2022 at 7:30 p.m. at the Target Margin Theater in collaboration with the members of Rhythm Method. The concert features the world premiere of a new work by Lewis Nielson for voice and string quartet performed by flautist, soprano and sound artist Alice Teyssier and members of Rhythm Method; and the world premiere of a new string quintet by Kevin Ramsay as part of the 2021-2022 “Call for __” command program.

Note: All members of the public must be fully vaccinated against COVID-19 and receive a COVID-19 booster shot (if eligible for the booster per CDC criteria). Documentation should include name, date of birth, dose dates and vaccine manufacturer. The documentation must be in English. All members of the public will be required to show proof that they are fully vaccinated and boosted (if eligible), with an FDA-cleared or WHO-listed vaccine. All spectators must wear a properly fitted mask at all times.

About the International Contemporary Ensemble

Committed to cultivating a more curious and engaged society through music, the Ensemble Contemporain International – as a curator and performer at the highest level – amplifies the creators whose work propels and challenges the way music is made and lived. The 39 members of the Ensemble are presented as soloists, chamber musicians, curators and collaborators with the greatest musical artists of our time. Works by emerging composers have anchored the Ensemble’s programming since its founding in 2001, and the group’s recordings and digital platforms shine a light on the many voices that weave together the music’s present.

Described as “America’s most important new music group” (The New Yorker), the Ensemble has become a major force in new music over the past 20 years, having created more than 1,000 works and having been a vehicle for the workshop and performance of thousands of works by student composers across the United States. The Ensemble’s collaborating composers – many of whom were unknown at the time of their first collaboration with the Ensemble – fundamentally shaped its creative philosophy and went on to have highly visible and influential careers, including MacArthur Fellow Tyshawn Sorey; longtime Ensemble collaborator, founding member and 2017 Pulitzer Prize winner Du Yun; and Ensemble founder, 2012 MacArthur Fellow and first flautist to win Lincoln Center’s Avery Fisher Prize, Claire Chase.

A recipient of the American Music Center’s Trailblazer Award and the Chamber Music America/ASCAP Award for Adventurous Programming, the International Contemporary Ensemble was also named Musical America’s Ensemble of the Year in 2014. The group was Artist-in-Residence at Lincoln Center’s Mainly Mozart Festival (2008-2020), Ojai Music Festival (2015-17) and the Museum of Contemporary Art Chicago (2010-2015). In addition, the Ensemble has presented and performed at festivals in the United States such as Big Ears Festival and Opera Omaha’s ONE Festival, as well as abroad, including GMEM-Centre National de Création Musicale (CNCM) in Marseille, Vértice at Cultura UNAM, Warsaw Autumn, International Summer Courses for New Music in Darmstadt, and Cité de la Musique in Paris. Other performance stages include the armory on Park Avenue, the ice floes of Greenland’s Diskotek Sessions, warehouses in Brooklyn, the Metropolitan Museum of Art, and boats on the Amazon River.

The International Contemporary Ensemble advances music technology and digital communications as a tool of empowerment for artists of all backgrounds. Digitice provides high-quality video documentation to collaborating artists and provides access to an in-depth archive of composer workshops and performances. The Ensemble regularly engages new listeners through free concerts and interactive, educational programming with primary funding from the Andrew W. Mellon Foundation.

Curricular activities include a partnership with the New School’s College of Performing Arts (CoPA), as well as an intensive summer program, called Ensemble Evolution, where topics of equity, diversity and inclusion build new bridges and pathways for the future of creative sound practices. Yamaha Artist Services New York is the Ensemble’s exclusive piano supplier. To find out more, go to www.iceorg.org and watch over 350 videos of live performances and documentaries at www.digitice.org.

Welcome to the arts; the wise man of O’Bagelo’s 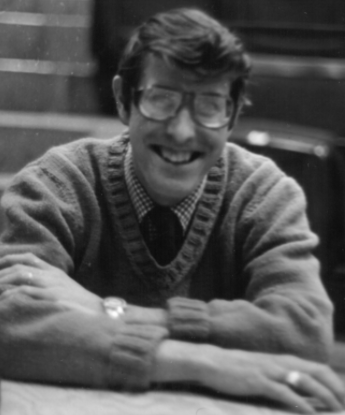