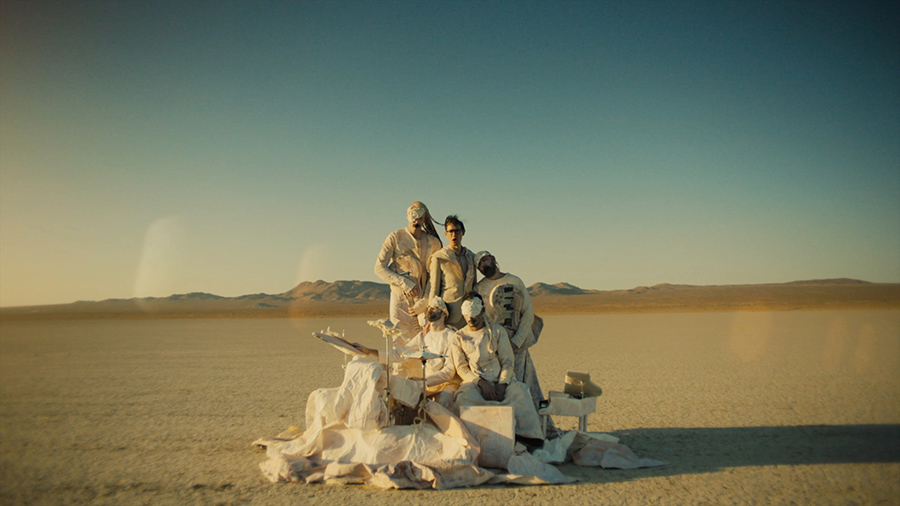 Although he never had a best-selling novel or essay book, although his spoken word albums never sold beyond a few ephemera, William S. Burroughs is one of the writers and most influential speakers of this century. From New Age Mayanism to Cyberpunk, from cutting-edge technologies to the reinvention of the space age, from early writings on drugs, the occult, psychology, totalitarian states, police and homosexuality to Bardo and to the Egyptian Book of the Dead, from the “irony of the gods” to human and extraterrestrial consciousness, from issues of mind control and weapons to those of identity, misidentity and misinformation – all often reconsidered through the random display of his cut-and-paste methodology – Burroughs gave us new ways to look at this world, and the other, whether we knew it or read it.

“The only American novelist alive today who can be possessed by genius”, as Norman Mailer said, Burroughs inspired Bowie and Blade Runner, The Doors and the film versions of Dune, Kurt Cobain and the cinema of David Cronenberg (the only director with the guts to tackle Burroughs’ classic Naked Lunch in film form), Steely Dan’s sci-fi William Gibson’s and socially conscious (sub or not) Ken Kesey. Lou Reed, Laurie Anderson, Patti Smith, Sonic Youth and Tom Waits adored Burroughs and collaborated with the grumpy songwriter/spoken word artist on everything from electronic musical excursions such as Anderson’s Mister Heartbreak and Waits’ The Black Rider and The “Priest” They by Cobain I called it.

Addressing Burroughs’ occasional nickname, the “godfather of punk,” Blondie co-creator and guitarist Chris Stein told Reality Studio that “he was accepted by the punk kids… In New York, there’s had an overlap with the different artistic, musical and writing scenes. Everyone was aware of the literary references of Patti (Smith) and Television. This reference was to Burroughs’ writings, from his early works such as Junkie and Queer to his late Red Night trilogy, Cities of the Red Night, The Place of Dead Roads, and The Western Lands.

This filmmaker and painter David Lynch – adored in the pages of Philadelphia Weekly https://philadelphiaweekly.com/45-years-of-david-lynch/ – certainly takes visual, lyrical and philosophical cues from Burroughs while forming and forever maintaining his own fiercely independent and individualistic vision is what dominates composer David T. Little and author-poet-turned-librettist Anne Waldman for their forthcoming cinematic and industrial live opera and oratorio (for tenor and amplified ensemble) and its companion film, Black Lodge.

Taking its name and take on the horror landscape of Lynch and co-writer Mark Frost’s The Black Lodge – an electric extra-dimensional place Agent Dale Cooper travels through in a dreamlike state throughout their chilling series Twin Peaks – the opera and film were commissioned and developed by Beth Morrison Projects and the California Institute of the Arts with its world premiere via Philadelphia Opera House‘s 0 Fest 2022 in October at the Philadelphia Film Center, before touring the United States and the world in 2023.

“A daring and surreal work blending opera and rock in an alchemical exploration of magic, mystery, regret and redemption” with a glam-rock opera band alongside musicians from the Opera Philadelphia Orchestra, Black Lodge promises to be an existential dilemma and a psychogenic elopement the state unfolded in a film screening and an industrial rock opera concert – all inspired by Burroughs, Lynch and Antonin Artaud, the writer, playwright and visual artist French who acted as an avatar of the European avant-garde and of the whole surrealist movement in painting, theater and cinema.

To hear composer David T. Little talk about Black Lodge’s deepest roots and inspiration, he came to the work of William S. Burroughs through the writing of Allen Ginsberg, the music of fellow composer Lee Hylah and the talents of the Kronos Quartet through their post. -the recitation of a chamber string quartet of Ginsberg’s beloved Beat Generation epic, Howl. “The whole world opened up for me with this piece and how it revealed the bond between poet and musician,” he said. “Through this interpretation of Howl, I discovered other Beat Gen writers such as Gregory Corso, Anne Waldman and, of course, Burroughs. Ginsberg’s Howl was just a brief opening that led to this whole other universe.

Once you let the spirit in, it doesn’t stop.

Stepping into the world of Burroughs became for Little, as for most, a fantastical journey from the post-noir vision of Junkie to the weird phantasmagoria of Naked Lunch to the beyond-Earth etherealism of The Western Lands.

Add to Black Lodge the inspiration of David Lynch, a film auteur in the most traditional sense in that each of his films is his world, and his world alone: ​​jarring, dark surreal yet steeped in reality and Americana and l he mood was ready for the composer to create his own universe. 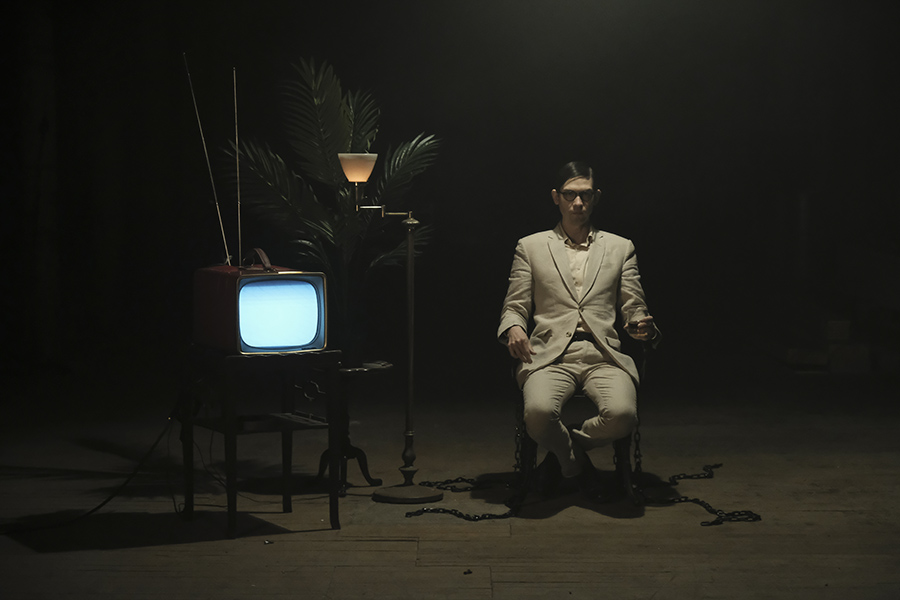 With that, Little had to find not just another traveling companion, but the one who traveled closest to the suns and moons of Burroughs, Ginsberg and other Beats: Anne Waldman.

A world-renowned poet since the 1960s, Waldman has been behind so many literary movements and social/political activism that she is more a firestarter than a writer and educator. The experimental poetry community Outrider, the foundation of the Jack Kerouac School of Disembodied Poetics at the Naropa Institute in Colorado, one of the developers of the Nova Convention; Waldman has seen it all and been a part of it all, often before he was cast.

Waldman became an avid Burroughs reader once she stumbled upon Naked Lunch in high school, grew up in New York’s Greenwich Village, and identified with all things bohemian at a young age. Once in Berkley on another coast and in another time, she became shrewd in all things poetry, chapter and verse of New America. And that meant The Beats and William S. Burroughs.

“The Beats were considered the bad boys of literature – outlaws – and Burroughs was the baddest,” she says, before detailing how the fierceness of her libretto for Black Lodge is based on the work of Burroughs, and how much of it was about him and his journey and the events of his life. “It was his process,” Waldman says.

The cutting off of the knuckle of his little finger to offer a lover, the transgressions of magic and the occult, the William Tell death of his wife (Joan Volmer) at his hands, and the sensationalism of it all with his escape to Tangier. “After this horrific death, Burroughs spoke of ‘the ugly mind’ and how he had to write to get out of it,” Waldman notes. 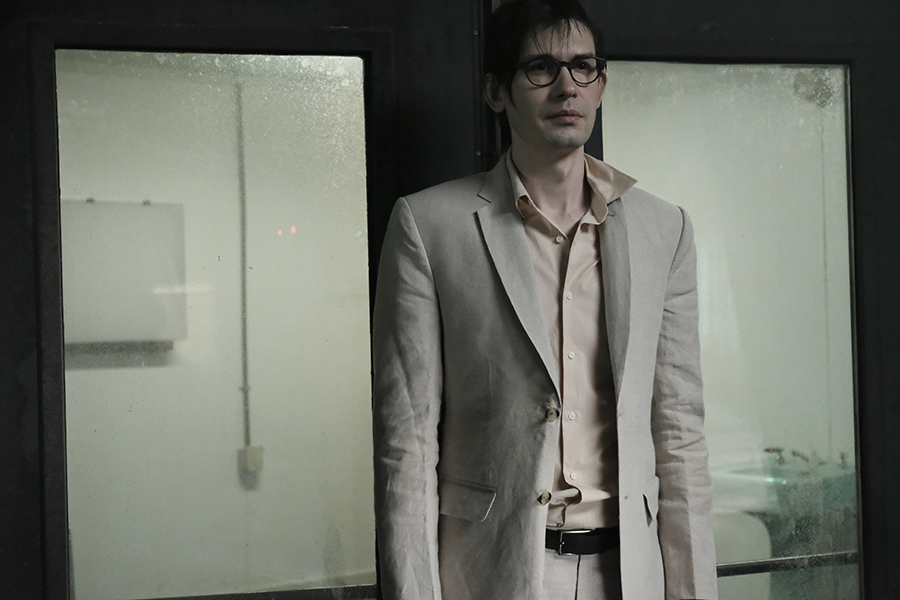 Writing he did: fifteen full-length works, not to mention a box full of short stories, essays, letter books, novels and written collaborations, not to mention his own spoken word recordings and additional musical partnerships with everyone from REM to Gus Van Sant. Burroughs is probably the only author to have his own role in a video game towards his narration of 1995’s The Dark Eye.

“Burroughs continues in his influence, currently, because of the way he deals with alternate realities, whether it’s his interest in trance music, the nature of time and dream states, different methods of working with language or his cut-up of techniques influenced by Brion Gysin and the Surrealists — writing as editing, as cinematic enterprise,” Waldman said in one gulp.

“How you can move things non-linearly. Those were his obsessions until he died – how to move through space was the next real thing. William was very prophetic and I was drawn to him – the cut-up methodology, the influence of editing and the ability to jump in time at any time, to follow one’s dreams and currents of consciousness.

Waldman’s libretto for Little’s Black Lodge touches on everything about Burroughs, from dreamy conscious journeys in Tangier to the not-at-all-real states of Bardo and waves of consciousness travel and telepathy. 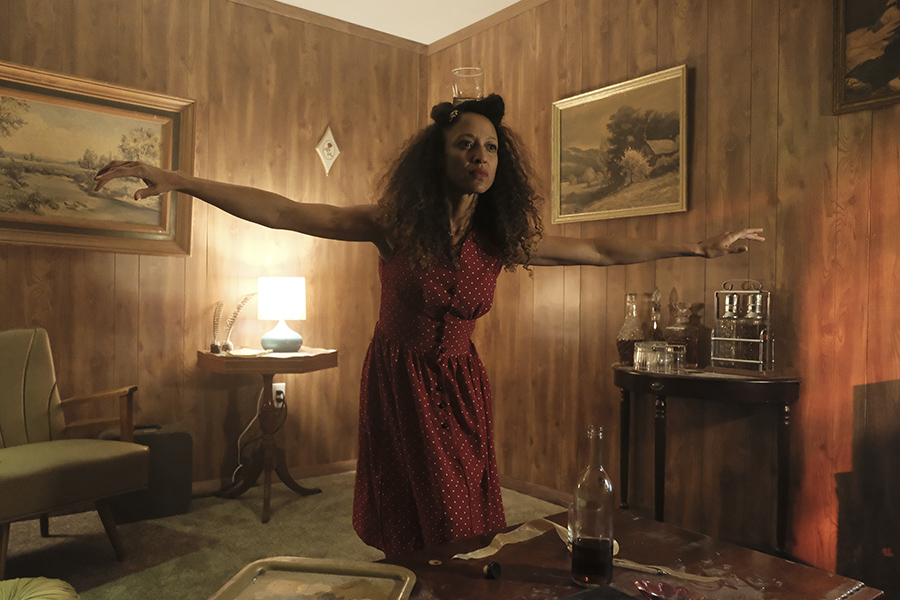 Black Lodge’s fierceness came when she connected with Little and discovered how he was connected to opera work. “Everything about Burroughs became this existential question, about the writing of his release – the protagonist artist being the hero – while addressing the extremes of cancel culture on the one hand and the psychology of karma on the one hand. on the other hand,” says Waldman. “It’s an investigative opera, not one that tries to make you have an opinion, but rather one that expands the field around consciousness. Nothing is easily solved – there is no end simple like the ones where the cops come in and save the day.

The tension in the language – the cutouts – and the connection between Lynch, Burroughs and Artaud (whose stays in five different psychiatric institutions with shock treatment) overlap and create a synchronicity between these influential artists (“not to mention offering real challenges for a feminist,” laughs Waldman (when considering Burroughs’ occasional but hardcore misogyny), and her libretto practically wrote itself.

“Having Anne embody each of them in the work, all I can say is, it’s so great to collaborate with a real poet,” Little laughs. “The inspiration for the Black Lodge opera was what I perceived to be the commonalities between these artists. Reading Le Théâtre et son Double d’Artaud, the connection was established so clearly, how these three characters, in their work, exploit these nightmarish thoughts, have these dark encounters and map where we can or cannot go. ”

To quote William S. Burroughs’ somewhat sarcastic remark about the future, “You can’t get there from here.” But through the auspices of the industrial opera of the Black Lodge and its dark but dynamic poetic text, you could certainly give it a try. 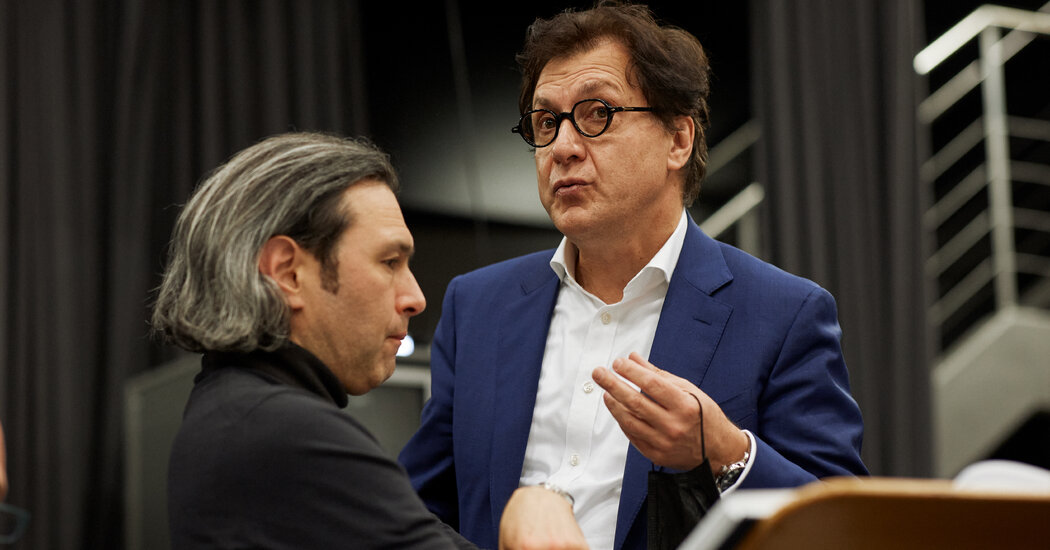