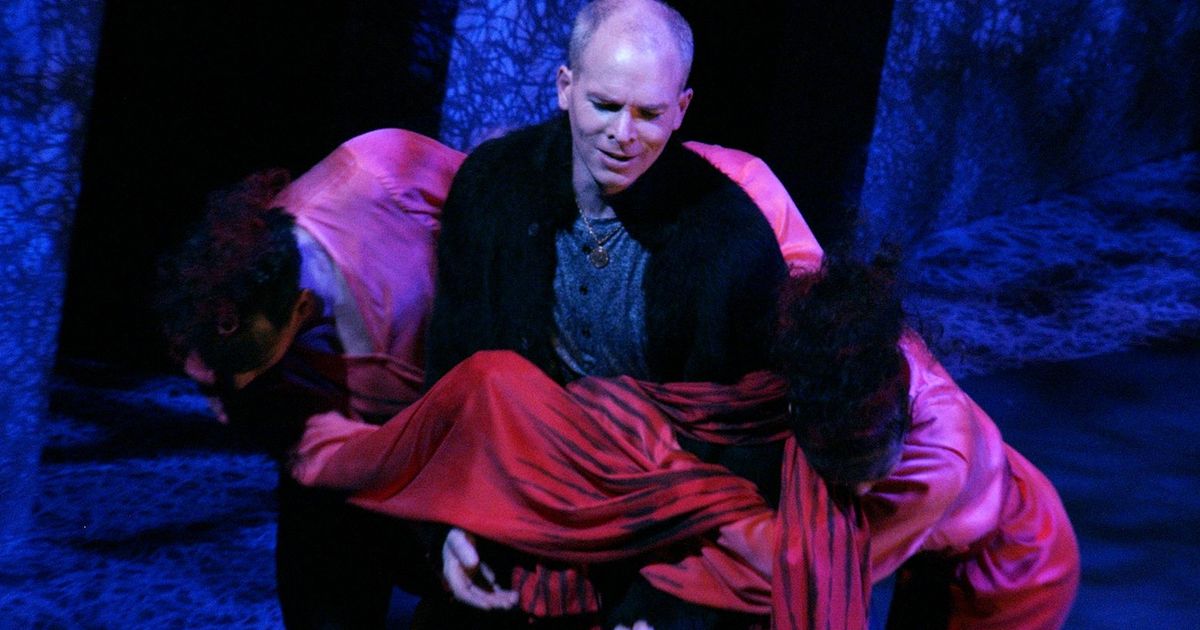 Editor’s note: Given the rapid spread of the omicron variant of the coronavirus, please Consider local health authority safety recommendations as they are updated, and check the event website for coronavirus requirements and the latest information.

Presenting operas for online streaming rather than live performance was just one way Seattle Opera was coping with pandemic restrictions, as in the imaginatively filmed production of Jonathan Dove’s “Flight.” at last season’s Museum of Flight, a neat substitute for the airport in which the story is set. Another – as he does for his current production, of Gluck’s 1762 “Orpheus and Eurydice” – is to take advantage of Tagney Jones Hall, the airy recital space in a glass box in the northwest corner of the new Opera House. Seattle Opera Center, which serves as the company’s headquarters, at Fourth Avenue North and Mercer Street.

Christina Scheppelmann, executive director of Seattle Opera, intends to stage an opera each season in the recital hall, either as part of the regular subscription season or as an additional event, the spokesperson said. Joshua Gailey. This will allow the company to offer one-act and smaller works often overlooked by professional opera companies but which would get lost in McCaw Hall. But the decision was as practical as it was aesthetic: it “also provided a bit more security in planning our first season back in person… McCaw Hall, and since we didn’t know what demand (or the COVID outlook) would look like at this point, the smaller capacity venue offered an opportunity to try something exciting and new while posing a slightly smaller risk “said Gailey.

“Orpheus and Eurydice”, which runs until January 30, fits perfectly into Tagney Jones Hall, the intimacy intensifying the emotional impact. It’s a small-scale opera to begin with; two-thirds of the cast are named right there in the title. The story is familiar Greek myth, opening after the death of Eurydice, the love of master musician Orpheus. (In this dual-cast show, the roles were sung with a bang on opening night Jan. 12 by Ariana Wehr and Christopher Ainslie.) He cries until Amore (Sharleen Joynt), the personification of love, tells him he can get Eurydice back from the underworld. , but she sets up the trip as a test of their trust: he must bring her back to earth without looking back at her. Eurydice balks and Orpheus succumbs to her pressure, resulting in a low-key final tune, her solo lament for her twice-lost love.

Set designer Carey Wong left the performance area, at one end of the hall, empty but for the 11-player orchestra on one side, with projected backgrounds of abstract visuals differentiating earthly and hellish realms. The familiar tale, sung in Italian, is left largely without subtitles; translations of the increasingly argued encounter between Orpheus and Eurydice during the rescue attempt are quietly projected to one side, but for most of the show a handful of words conveying just the gist of what is sung becomes an effective graphic element in the decorations: “I want to be alone”, say, or “Have mercy on my sorrow.

The first-rate orchestra, drawn from the Seattle Symphony, is conducted by Stephen Stubbs, as is a choir of the same size. The chorus stays offstage, saving money on costumes but leaving three dancers (Jaclyn Wheatley, Vincent Michael Lopez, Kaitlyn Nguyen), portraying hellish spirits, to carry a huge load of providing visual interest. The active choreography, making them jump and squirm like the flames of hell, is by Donald Byrd. Lasting just over an hour, this reduced production takes advantage, if not the maximum, of a friendly and promising place.

Gavin Borchert is a freelance writer and composer. Email: [email protected] This report is supported, in part, by the Rubin Institute for Music Criticism, the San Francisco Conservatory of Music, and the Ann and Gordon Getty Foundation.

The captivating “Detroit ’67” by Dominique Morisseau streaming from Signature