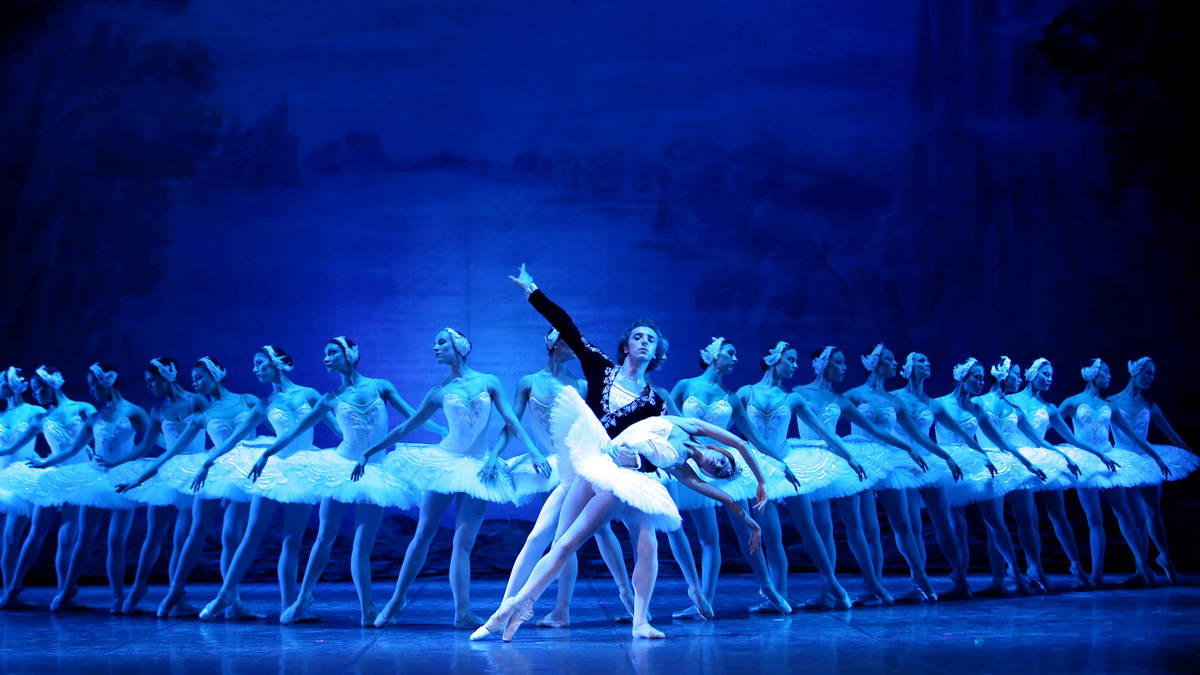 Several Russian ballet companies, including the Bolshoi, have been canceled in the UK as part of a boycott of the country’s top cultural institutions following the invasion of Ukraine.

Since the invasion of Ukraine on February 24, concert halls in the UK and beyond have canceled upcoming performances by Russian artists.

In the UK, the Royal Opera House canceled a summer season of the Bolshoi Ballet, on Friday the Helix Theater in Dublin canceled a performance of Swan Lake by the Royal Moscow Ballet, and Bristol Hippodrome, Edinburgh Playhouse, Wolverhampton Grand Theatre, New Theater Peterborough and the Royal and Derngate in Northampton have all canceled touring performances of the Siberian Russian State Ballet.

Vladimir Urin, the director of the Bolshoi Ballet, was appointed by the government of Russian President Vladimir Putin in 2013, and the Russian State Ballet is a state-sponsored company.

The Royal Moscow Ballet, however, said in a statement after the cancellation of its performance in Dublin, that the ballet company was “in no way funded or sponsored by the Russian government”.

The company has been touring Ireland annually for over 10 years and the dancers represent various nationalities. the Russian, Ukrainian, Belarusian, Uzbek, Japanese, Irish and Polish cast and crew have been traveling the world together for several years.

The statement continued, “We hope this helps clarify the diversity of our ballet company and that we are not carrying any political messages on this tour. We just dance for peace.

Read more: ‘Our culture is at stake’: Ukrainians use loud music to voice protest as Russia declares war

The two musicians, who have close ties to Putin, were removed from the weekend program and replaced by Canadian conductor Yannick Nézet-Séguin and South Korean pianist Seong-Jin Cho, after multiple public protests before the scheduled concerts.

Carnegie Hall also canceled two upcoming performances where Gergiev would have conducted the Mariinsky Orchestra in May. And on Sunday, Gergiev’s European manager, Marcus Felsner, announced he would drop his Russian client over the 68-year-old conductor’s ties to Putin.

In a statement, Felsner said: “In light of the criminal war waged by the Russian regime against the democratic and independent nation of Ukraine, and against the open European society as a whole, it has become impossible for us, and clearly unwelcome, to defend the interests of Maestro Gergiev.

“This is the saddest day of my professional life.”

Read more: Russian conductor Valery Gergiev, who has ties to Putin, will not conduct at Carnegie Hall

Gergiev and Matsuev aren’t the only pro-Putin artists having trouble performing internationally.

The Metropolitan Opera House in New York announced on Sunday that it would sever all ties with “Russian artists and institutions allied with Russian President Vladimir Putin”.

Peter Gelb, chief executive of the Met, said in a video statement on Facebook (watch above), that, “as an international opera company, the Met can help raise the alarm and contribute to the fight against oppression…we can no longer engage with artists or institutions that support Putin or are supported by him – not until the invasion and killings have been stopped, order has been restored and refunds have been made.

He added in an interview with the New York Times Sunday that “It’s terrible that artistic relationships, at least temporarily, are the collateral damage of these actions by Putin,” although Gelb did not directly name any of the artists or institutions that would be suspended.

Read more: The Ukrainian opera baritone sings his national anthem at 10 Downing Street in a ‘call for peace’

In addition to Gergiev, who made his Met debut in 1994, it is speculated that other musicians who could be hit by the ban would include the Mariinsky Orchestra, which Gergiev conducts, and Russian soprano Anna Netrebko, who is to to produce in the title role of Puccini Turandot at the opera in May.

Netrebko has already seen cancellations due to its previous support for Putin. The star soprano was scheduled to perform with her partner, Azerbaijani tenor Yusif Eyvazov in Denmark last Friday, however, a cultural and citizen service adviser from the municipality of Aarhus expressed support for the cancellation of the event.

Advisor Rabih Azad-Ahmad said in a statement that “the situation in Ukraine is historic and forces us to come together to say no.

“Normally I am in favor of the separation of culture and politics, but there is nothing normal about Russian aggression, so we have to intervene where we can. If UEFA can move the Champions League final, we should also be able to cancel performances at the Maison de la Musique.”

On the day of the scheduled performance, Netrebko and Eyvazov postponed the event, citing ‘security’ concerns as the reason they were ‘forced to postpone [their] concert in Arhus tonight”.

The couple ended by saying, “This is not a time for music but for reflection and prayer. And so we hope and pray for a quick and peaceful resolution. Got Tix: Where To Find Tickets For Upcoming Shows