Opening the program for the Aspen Chamber Orchestra conducted by Nicholas McGegan Friday, ‘Broad, in a flexible tempo’ revealed a densely contrapuntal first movement for a yet to be completed two-movement symphony. Miles Walter won the festival’s Druckman Prize in 2019 for a piece far more dissonant than the seething, Romantic-era-soaked harmonies of this one. The finish leaves us in suspense, and for my part, I want to see where it goes when it’s finished.

Alto saxophonist Steven Banks wrote ‘Cries, Sighs, and Dreams’ during the first year of the pandemic, reflecting on his own feelings of isolation and a quote attributed to Hector Berlioz commenting on his introduction to the instrument. Adolph Sax. Berlioz was impressed by the instrument’s range of expression and volume, from whisper to scream.

Heard on Saturday, the piece begins in darkness, with barely audible slips on the instruments of a string quartet, and whispers of the saxophone which, as the lights come on, turn into sobs. , moans and silent moans. Everything seems improvised, even when it is written. Banks, who plays in the Kenari Quartet (a saxophone ensemble known for its update of Bach’s Goldberg Variations) and teaches at Ithaca College, displayed poise, rich tone and playfulness. communicative, until a final fade and the extinction of its light stand to signal the end.

Sunday’s opening was by Shelley Washington, who teaches composition at New York University. His involvement in projects in Los Angeles had led to many back and forths, and the sounds of an airplane cabin (including muffled conversations) seep into his 28-minute ruminations on being ” ni/ni” about so many aspects of his life.

Although its harmonic palette is not terribly pungent, it relies in this piece on short bursts of rhythmic patterns that repeat and repeat. She builds layers of complexity by weaving ever more complex chords and long melodic lines. It’s hypnotic, until percussionists Cynthia Yeh (Chicago Symphony soloist) and student Julia Hyungjung Choi take over with a series of explosions reminiscent of jazz drum solos. They were phenomenal.

Despite the rain pattering on the musical tent, French conductor Ludovic Morlot crafted this performance – and the rest of the program – masterfully, in sync with soloist Inon Barnatan in Rachmaninoff’s Colored Variations on a Theme by Paganini, and a beautifully extroverted rendition of Brahms’ Symphony. No. 4 in E minor.

Barnatan grabbed the opening bars of the concerto and ran with them, relishing in all of Rachmaninoff’s demanding piano flourishes and masterfully cutting through the interjections of the busy orchestra. It was such a rousing performance that it calmed Mother Nature. The rain stopped in time for an encore, which the audience demanded with unison European-style applause (something I had never heard in Aspen before). He rewarded us with more Rachmaninoff, a sparkling Prelude in G sharp minor.

Brahms’ symphony in the second half was majestic, seamless enough in texture to let detail emerge and moving with enough rhythm to keep the momentum intact, even in the sublime Andante. He danced happily into the Scherzo, and the brass statements from the finale provided a nice finish.

After Walter’s unfinished symphony, Friday’s orchestral program focused on Mendelssohn. We’re all familiar with Mendelssohn’s overture to “A Midsummer Night’s Dream,” but it’s not often that we get to experience these themes in their intended context—as incidental music to Shakespeare’s play. Conductor McGegan remedied that with a juicy presentation that made effective use of the festival’s resources – a soprano, a mezzo-soprano and 15 female singers from the Opera Theater and VocalARTS student program.

To stage the various scenes, narrator Keith Klein (a student baritone) spoke excerpts from the play, portraying a number of characters. Her sonorous voice not only indicated the script, but added an extra sonic layer.

The sequence of familiar opening motifs begins with four sustained chords, then reappears at critical moments. More effectively, they act as background music for the narrator’s summary at the end. The music of fairies rushing in the opening develops into several scenes, and the braying gesture that references Nick Bottom’s rustic play turns out to be just part of a delightfully broad commentary on these theaters. clumsy.

And, of course, there’s the Wedding March. McGegan and the orchestra delivered it with remarkable grace and restraint as the seventh of 10 scenes. Segments ranged from a quietly atmospheric Nocturne to a nimble Fairy March and stormy music for a confrontation between the characters Hermia and Lysander. The singers, identified as “elves” in the program (although Shakespeare called them fairies), sing the familiar lyrics (“Weaving spiders come not here…”). They got appropriate fairy readings from the silver vocals of soprano Kresley Figueroa and mezzo-soprano Sun-Ly Pierce.

The other Mendelssohn piece on the program introduced 24-year-old American violinist Randall Goosby to Aspen audiences. His understated reading of the well-known Violin Concerto eliminated many of the bravery gestures that now seem embedded in almost every violinist’s approach. His admirable, skillfully executed effort fell prey to an unusually bombastic read from McGegan. He let the orchestra dominate the soloist, and the delicate opening gestures of the Allegro molto vivace finale never quite synchronized.

(To be fair, a significant increase in positive COVID-19 tests among the festival’s student contingent has kept orchestra staff moving, which may have contributed to such issues.)

Alongside Banks’ saxophone quintet, Saturday’s chamber music program did well with another contemporary work and a 1949 piece for four violins. Stephen Hartke’s 2007 “Meanwhile,” subtitled “Music to Imaginary Puppet Plays,” employed a kind of pocket gamelan, enhancing the playful pan-Asian flavors of the various movements of its 18 minutes. The Aspen Contemporary Ensemble, directed by Donald Crockett, gave a juicy reading.

Bing Wang, associate concertmaster of the Los Angeles Philharmonic Orchestra, led a delightfully vibrant group of women in Polish composer Grazÿna Bacewicz’s Four Violin Quartet in 1949. Her three movements of driving neoclassical music caught the eye and proved to be a refreshing and soothing change of pace for the ears.

NOT TO BE MISSED IN THE DAYS TO COME

Harvey Steiman has been writing about the Aspen Music Festival for 29 years. His reviews appear in Aspen time Tuesdays and Saturdays. 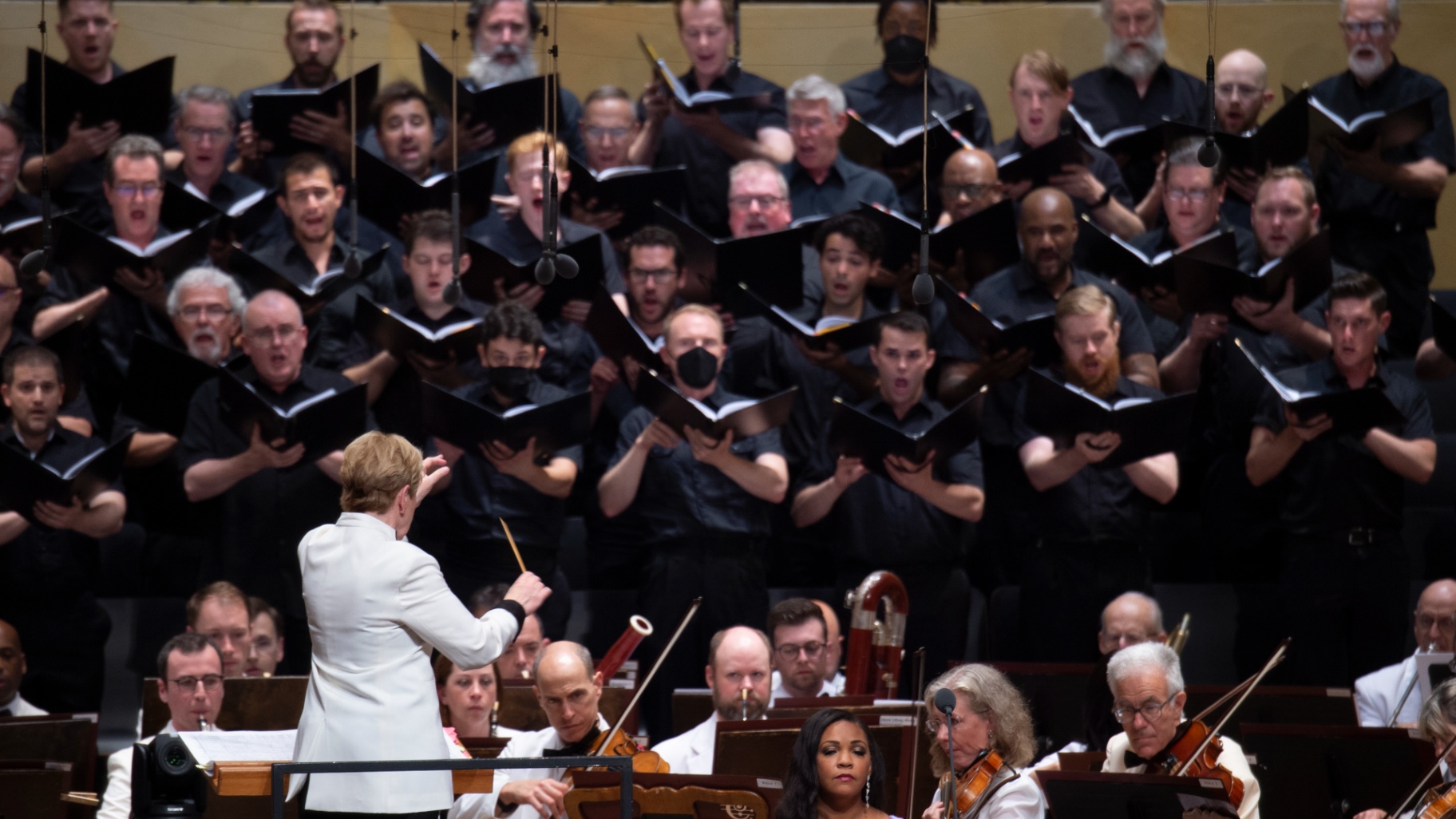 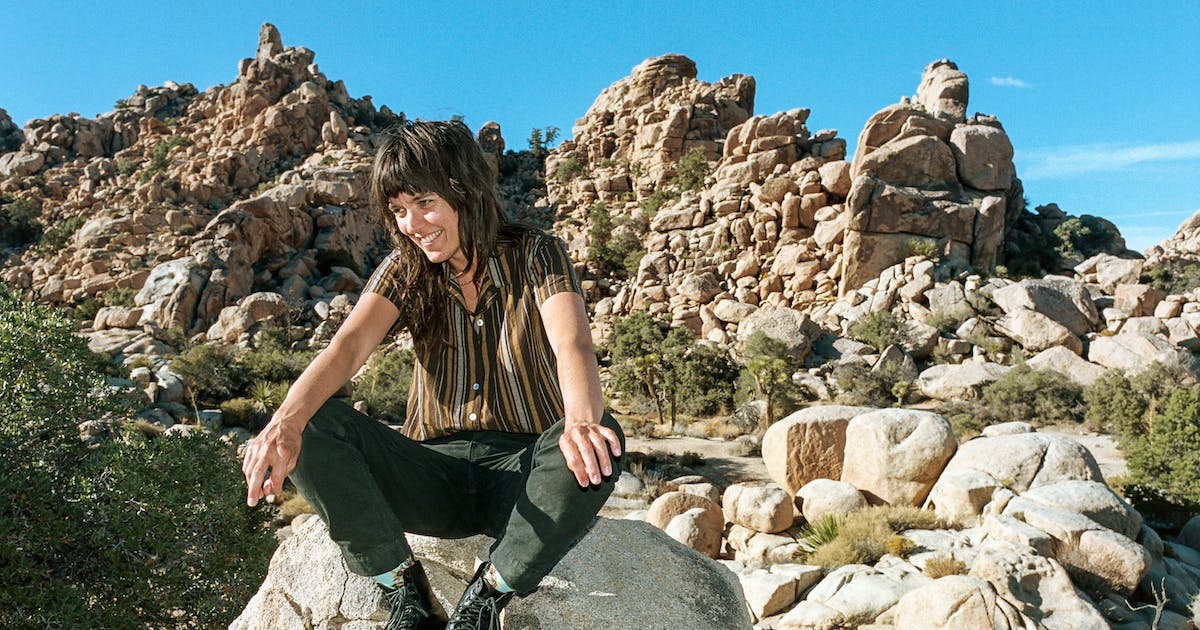