May 13e 1767, the students of the university gymnasium in Salzburg create the intermezzo in three acts “Apollo and Hyacinth.” The significance of the event was that it was the first performance of an opera composed by Wolfgang Amadeus mozart, who was 11 at the time. While his music certainly has a lot to offer him, it is dramatically less assured, so it is rarely performed these days. Venice’s Teatro La Fenice’s decision to present five productions in October at the city’s Teatro Malibran is therefore welcome.

In book 10 of his epic poem “Metamorphoses”, Ovid tells the story of the god Apollo and his love for the boy Hyacinthus, who was accidentally killed while throwing a disc. His grief was such that he turned the boy’s body into a red flower, so that his beauty would live on forever. When Rufinus Widl set about writing a libretto on the subject for the young Mozart, he decided, either by choice or as a result of outside pressure, to eliminate the homoerotic element from it. Instead, he produced a timid text of limited dramatic interest.

The text is far from the myth told by Ovid. New figures have been added in the form of Hyacinthus’ sister, Melia, and his father, Oebalus. The love between Hyacinthus and Apollo has been reduced to a mutual friendship and replaced by a love triangle between Apollo, Melia and the evil Zephyrus, who is determined to marry Melia at any cost. Zephyrus appears in other versions of the myth, but as Apollo’s rival for the sake of Hyacinthus, not Melia. When Hyacinthus is killed, Zephyrus rushes to tell Melia that Apollo is the murderer, in an attempt to turn her against the god she loves. True to form, it all ends well as Hyacinthus reveals with his dying breath that Zephyrus was the murderer. Apollo marries Melia and Hyacinthus is transformed into a flower.

Hardly a faithful account of the myth! Additionally, its more complex plot undermines the sensitivity and centrality of the romantic relationship as it is immersed in a larger context.

Ligorio restores the sensuality of the original myth

Unconvinced by Widl’s work, Cecilia Ligorio, the director, aimed to “resurrect the original myth”, but not by brutal interference, which would act against the lightness of Mozart’s music or destroy Widl’s libretto. As she explained in her program notes, she “wrote/rewrote/rewrote their work theatrically,” which showed in the directing and dramaturgy. At the heart of its conception “evoked the sensuality of Ovid’s ‘Metamorphoses’, in which Apollo seduces, moves and loves everyone. And everyone loves him.” Thus, the public could glimpse sensual bonds through the looks and the subtle and daring movements of the characters. The love of Hyacinthe and Apollo for each other is thus resurrected, and without disturbing Widl’s narrative.

The staging was conceived in collaboration with the students of the Accademia di Belle Arti di Venezia, whom she encouraged to find their “personal version of the baroque twist”. In fact, they came up with a staging that clearly illustrated and supported the narrative and was pleasing to the eye, but also with a handful of indulgent ideas that made little sense without the program notes. The lighting designs, in particular, were very successful. Not only did they help create mood-changing atmospheric effects, but their use of vibrant colors, like deep blues and reds, helped create aesthetically pleasing scenes.

The costumes were Baroque-inspired, but certainly not period-inspired, and were deliberately designed without too much color, so that when Apollo appears in his red cloak, the scene immediately comes alive. It was a well thought out idea, which further added to the overall aesthetic effect.

There was, however, a feeling that some of the ideas were overly thought out so that they fell flat and, at times, even irritated, such as having all the students on stage to reveal changes in the set or to introduce Apollo to the rest. of the cast. Certainly, moving the letters of the word “metamorphoses” around the stage to form meaningful words relating to the drama, such as “Arte”, while entertaining and appearing forced, actually led to a visually pleasing conclusion, with the word “metamorphoses”. in large white letters located in front of the stage on a blue background.

The overall impression, however, was certainly positive. It was a charming presentation, and even when the ideas weren’t particularly successful, they rarely offended.

Mozart’s score for “Apollo and Hyacinthus” is undoubtedly a remarkable achievement for an 11-year-old boy, but from a purely dramatic point of view, and not surprisingly, it still lacks the obvious maturity and skill in his later works. This is particularly noticeable in the recitatives, which do not carry all the dramatic content and are a bit bland.

Yet the work’s five arias, two duets and terzetto certainly show the accomplished, if not still fully matured, voice of a great composer. Some melodies are beautiful. The opera’s second duet, “Natus cadit”, for Melia and Oebalus, in particular, would not seem out of place if placed alongside duets from his later works.

The dramatically sensitive reading of Marchiol

The musical side of the production was under the direction of Andrea Marchiol, who produced a dramatically sensitive and energetic performance from the Orchestra del Teatro La Fenice. While he sometimes compromised on elegance and delicacy in order to stir up tension on stage, it was a price to pay as he managed to heighten the work’s dramatic impact. Although largely attentive to the needs of the singers, he sometimes lets the orchestra dominate, at their expense.

As the opera was written for youngsters in the gymnasium, it is not surprising that four of the roles were written for teenage voices.

The role of Hyacinthus was played by Kangmin Justin Kim. He has a high-pitched countertenor, with a homogeneous timbre and a vibrant and youthful quality, which perfectly captures the optimism and vitality of his character. It is also a very versatile instrument as he demonstrated in his aria “Saepe terrent Numina”, in which he tries to calm his father down by explaining how the gods like to play with human emotions. Indulging in parades of flowery coloratura, passages of fanciful ornamentation, including prodigious leaps, he pushed his voice to its limits, but without any loss of control or quality, in what was an emotionally powerful presentation.

Raffaele Pe, playing the role of Apollo, has a much more colorful countertenor, which allowed him to bring greater subtlety to his interpretation. This was particularly evident in his delivery of recitatives, which were sung with careful attention paid to their meaning. There was little showmanship or artifice in his performance; his goal was always to develop an honest portrayal of the god. Emotional responses were never overstated but measured appropriately to respond to the dramatic context.

His aria “Iam pastor Apollo” allowed him to show off his excellent, intelligently accented phrasing in which passages of coloratura and other embellishments were carefully incorporated into the performance, without compromising drama.

Countertenor Danilo Pastore took a very different approach to Pe and Kim. His preferred style is to idealize his presentation, which means that on some occasions he can appear removed from the action. In this case, however, such an approach worked well. Playing the role of Zéphyr, a hypocritical and concealed character who hides behind a mask, Pastore’s studied presentation, punctuated with occasional outbursts, was convincing.

His recitatives were well worked out and brought out the pleasant timbre of his voice. However, his “Eh! Duos conspicis,” in which Zephyrus attempts to convince Melia to reject Apollo and marry him, was a bit conservative and would have benefited from better screening.

Hyacinthus’ father, Oebalus, was estranged by tenor Krystian Adam. He put on a strong and passionate performance as his emotions were shaken one way and then another by the events unfolding around him, over which he had no control. His aria “Ut navis in acquore luxuriante”, in which he compares himself to a ship tossed about by the waves in a storm, sums up his situation perfectly: after a passage of well-sung recitative, he produces an expressive interpretation, full of raging passions, capturing his pain, anger and grief, as he coated his voice with a mixture of emotions, in which his coloratura sounded like he was almost crying.

Soprano Barbara Massaro made an impression with a confident, lively and well-sung performance as Melia. The role presents several excellent opportunities, including an aria, two duets and a terzetto, for a singer to show off her talents, which Massaro gladly took advantage of. In the aria “Laetari, tocari”, she expressed Melia’s joy and excitement with a flowing rendition, which included jumps and trills and long passages of coloratura in her stride, which she backed up with a beautiful rendition of the duet “Abandon les crudités!” in which, this time, she raged at Apollo, emphasizing and coating the vocal line with anger, as she pushed the voice upwards as her emotions soared.

Meanwhile, Pe created a nice vocal contrast with his calmer, more level-headed delivery. The duet with Oebalus, ‘Natus Cadit’, the musical highlight of the opera, allowed him to display his thoughtful sensibility with a smooth and captivating presentation, which was complemented by the equally sensitive contribution of Adam.

Overall, “Apollo and Hyacinthus” isn’t a standout piece of work, but there’s nothing to dislike about it; it’s nice and has a lot of charm, and the production turned out to be a very pleasant experience. The narrative might not contain the most gripping storylines. It moves with a certain ease and predictability, but at the same time it allows the audience to sit back, relax and enjoy Mozart’s music, which is easy to hear, if not dramatically loud. However, it has its highlights! 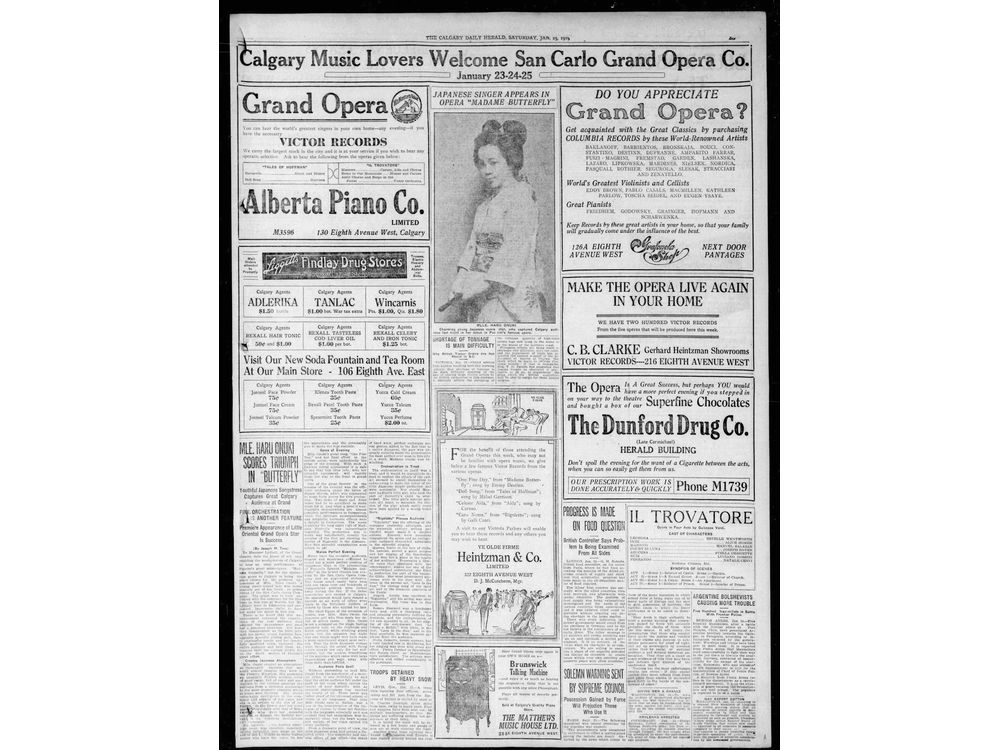 Don Smith: A Night at the Opera as a Pandemic Ends