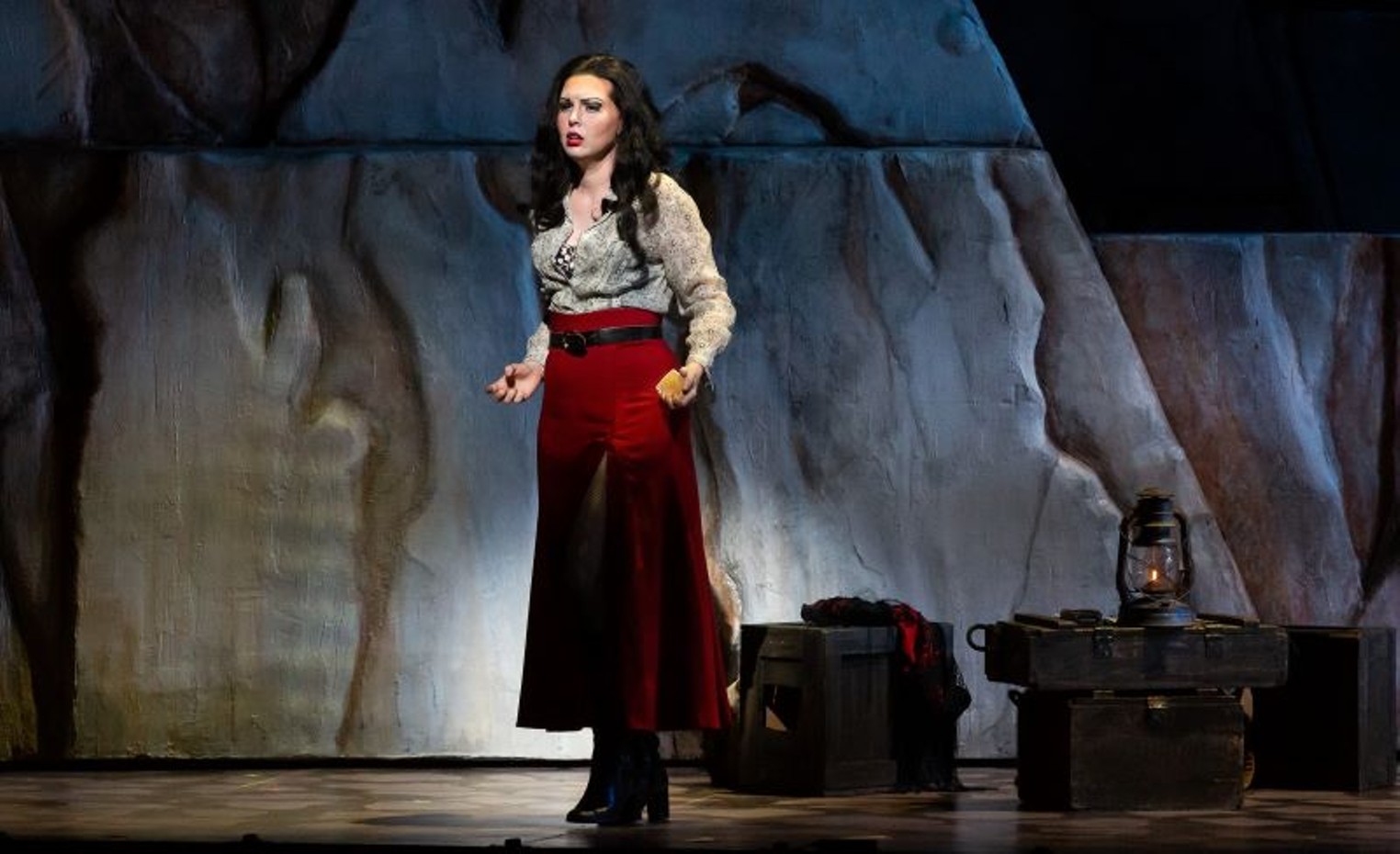 There is no character in the opera like Carmen (mezzo Carolyn Sproule). She stands alone.

Wagner’s Brünhilde is a demigoddess, too imperious and rather frightening. Puccini’s Mimi is still ill, probably hypochondriac; his Tosca requires a lot of maintenance and is deadly jealous. Strauss’s Salome is a psychopath and a very minor, and no one wants to meet Elektra in a dark alley. Aida de Verdi is a finalist, but her poor choice of lover seals her loss. Never anger Pharaoh’s daughter. Heggie’s Sister Prejean is too awake and would be complaining about your vaping. Carlisle Floyd’s Susanna makes the cut, but who has seen her in the past half century?

Who else can compare to this pungent and doomed Lady of Spain. Spirited, independent and sexy beyond reproach, she is her own Lean-In movement. Carmen lives on her own terms and makes no excuses. When she gets tired of one lover, she finds another. Unfortunately for her, she falls in love with an ordinary guy Don Jose (tenor Richard Trey Smagur), and his conventionality ultimately drives him mad with jealousy and possessiveness. Although in the arms of matador superstar Escamillo (baritone Christian Pursell), she reaches her 15 minutes of fame and respectability but seals her fate when she throws this rose at Jose outside the cigarette factory. Yet she faces his demise with cold-blooded acceptance. No regrets. As she attests in what may be her credo, I do my own thing, and if it kills me, so be it.

No, nowadays, and many others to come, there is no one more modern, more in tune with today’s world, than that of Georges Bizet Carmen. That is why she is immortal. It resonates with all ages.

After a lukewarm Paris premiere – some of the reviews were downright vicious, some were OK, none was a rave – Bizet died prematurely during the race in Paris. Complete with musical recitatives instead of dialogues, the opera caused a sensation in Vienna. Contrary to all stereotypes, stilted Viennese forgive this fiery free woman more than nonchalant Parisians, which reverses the trend in favor of opera. The work has caused a sensation since then. Although there is no critical edition of the score and the opera was tinkered with even before Vienna, what Parisians insulted for its rudeness and bad taste has now joined the pantheon of masterpieces. opera work.

If there’s one opera in The Rep that lends itself to a Broadway makeover, it’s Evergreen Carmen. In its original 1875 form, the play had a spoken dialogue between musical passages, what the French called an opéra-comique, what we now call a musical. Even when sung, as is this Houston Grand Opera co-production with Lyric Opera of Chicago, that of Carmen still like a Broadway show. A very good one. Obviously, that’s because the director and the choreography are Broadway royalty Rob Ashford, Tony-winner for Resolutely modern Millie, and recipient of several Emmys, Olives and Drama Desks. He’s a pro down to his tap dance.

As in any respectable musical, the opportunities for dancing are plentiful. Ashford has an eye for the visual and he knows how to stage an effective crowd scene. Watch how he groups the choir around Escamillo in the Pastia tavern. As the toreador struts across the table, people shift positions to keep him firmly in the frame. The focus still remains on him, but the foreground shifts imperceptibly, not twice but three times. It is a very beautiful setting. The idea of ​​the dancing bull, which appears whenever Carmen’s “fate” motif is heard, is needlessly exaggerated, but the fireworks toreadors and those mantilla-draped senoritas with their long clothesline skirts, thanks to the costume designer Julie Weiss, add immense color to the minimal sun-drenched views designed by David Rockwell and perfectly lit by Donald Holder.

You can’t beat the irresistible numbers that follow one another – Carmen’s opening aria, the slinky “Habenera” that goes down the scale as she cheekily sings, “Love is a bird that no one can. tame ”; or, soon to be followed, her equally famous “Seguidilla”, in which she lures naive José to her favorite tavern where she promises that she will dance for him, along with other unspoken promises. Did any show have a racy start? We are addicted.

Even the sweet and virginal Micaela (soprano Heidi Stober) tempts José with the purity of song, a great opera duo that vibrates straight from the Faust. Later, she wanders into the lair of the smugglers to save him with her haunting prayer, “I say I’m not afraid.” The blows never stop. Egocentric Escamillo enters with his famous “Toreador Song”, parodied in perpetuity as “Toreador, don’t spit on the ground, use the spittoon, that’s why …” (It was terribly funny in fourth grade.)

There are lesser beauties throughout, but beauties nonetheless: the wonderfully bouncy “Smugglers Quintet,” a tongue-twisting patter song that literally skips as thieves happily promote the bad life they love to live; the evocative “Card Trio”, where friends Frasquita (soprano Raven McMillon) and Mercedes (mezzo Sun-Ly Pierce) laugh at their good fortune, while Carmen accepts her deadly fate. Then there are these exquisite “entr’actes” by Bizet, the four preludes of each act which stage with such minimal effort but such maximum effect. Each is a miniature symphonic poem.

The Ashford production premiered at HGO during the 2013-2014 season, but this revival is definitive. Sproule, who sang Mercedes in this production, is amazing. Her Carmen is above all a magnetic stage beauty, whose flared skirts split all the way to Seville. She has her power. His eyes blink, his smile beams. Who could resist him? And then there’s that voice – deep and rich, a plump and complex Rioja Alta. She is fearless. Clever and intelligent, her Carmen doesn’t care about rules and decorum. When she commits, she expects her lover to do the same. If he weakens, she leaves. It’s all there in her radiant, smoky voice. She’s in control, and you can’t take your eyes off her – or your ears. His Don Jose, Smagur, is another newcomer, who should be a prime candidate for these iconic roles of Wagnerian and Strauss entenor. He’s got power to spare, rock-solid technique, a bugle trumpet sound, and is the tallest person on stage. You can not miss it. Her supple and melodious voice transports sweatlessly through the cavernous Wortham. The two sparks, and what Carmen without sparks.

Another up-and-coming young artist, bass-baritone Pursell, impressively sings Escamillo as if he were born in an arena. His French diction is impeccable and he swirls his overcoat like a matador. But it is her cavernous baritone that wins Carmen’s heart. It also wins ours.

Soprano Heidi Stober, another former HGO Studio artist, has the most difficult job of all, playing the weakling Micaela, whose character was added to Meilhac and Halevy’s libretto as a bookmark to French family values. Virgin and nervous, she carries a torch for José, as well as a not so subtle kiss from mom to give to her son. She’s a throwback to the grand operas of the past and can be described as a rag when dapper maids take on the role, but Stober’s polite and powerful soprano gives her surprising depth and solemnity. Stober’s Act I duet with Jose is a classic, as is his final aria. These numbers are Bizet in its most radiant old-fashioned form, they are real crowd pleasers in terms of emotion and catchy French melody. Stober stops the show every time with his dramatic interpretation and his golden pipes.

Meanwhile in the pit, making her HGO debut, Maestro Lidiya Yankovskaya, a staunch advocate of contemporary opera, keeps Bizet’s spicy paella boiling. The entr’actes are particularly tasty.
The chorus is exceptional, whether the girls at the factory are singing the praises of smoking, the smugglers saluting “freedom,” or the excited crowds outside the arenas applauding their favorites. 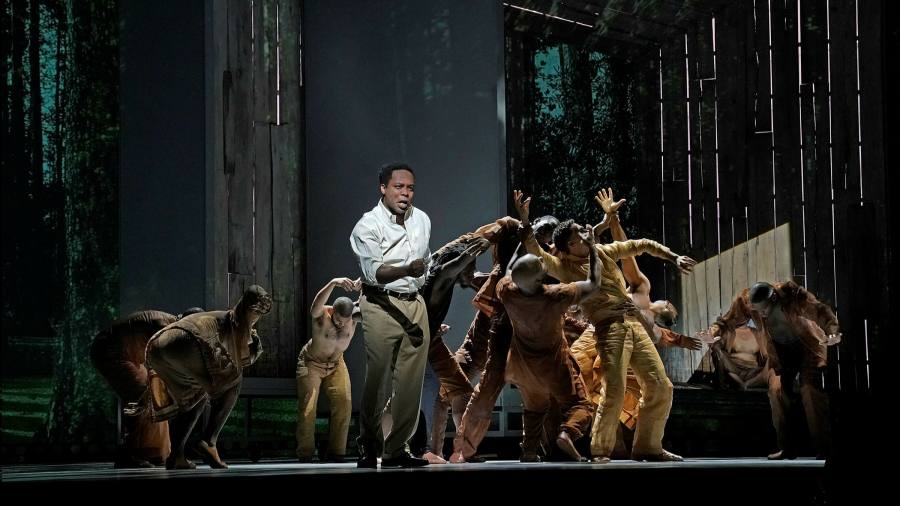 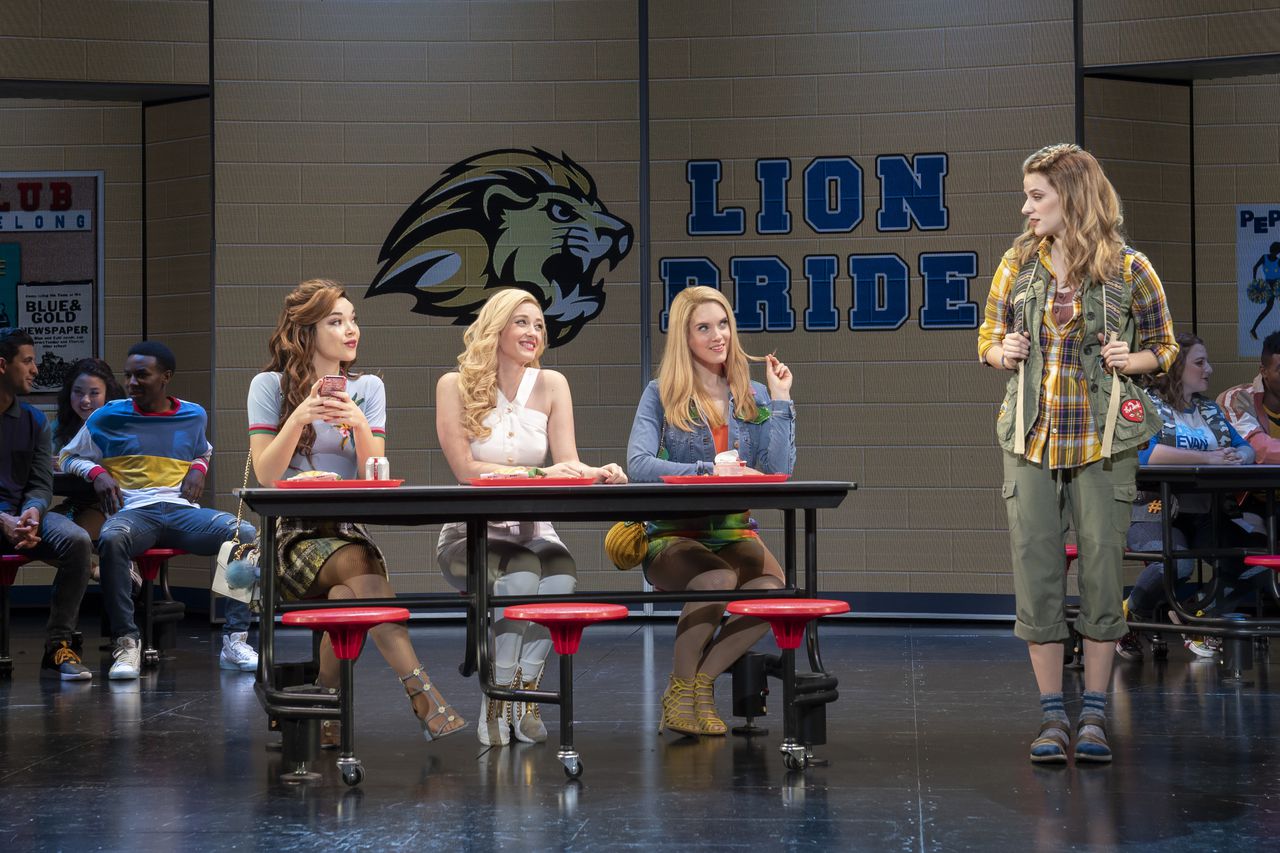