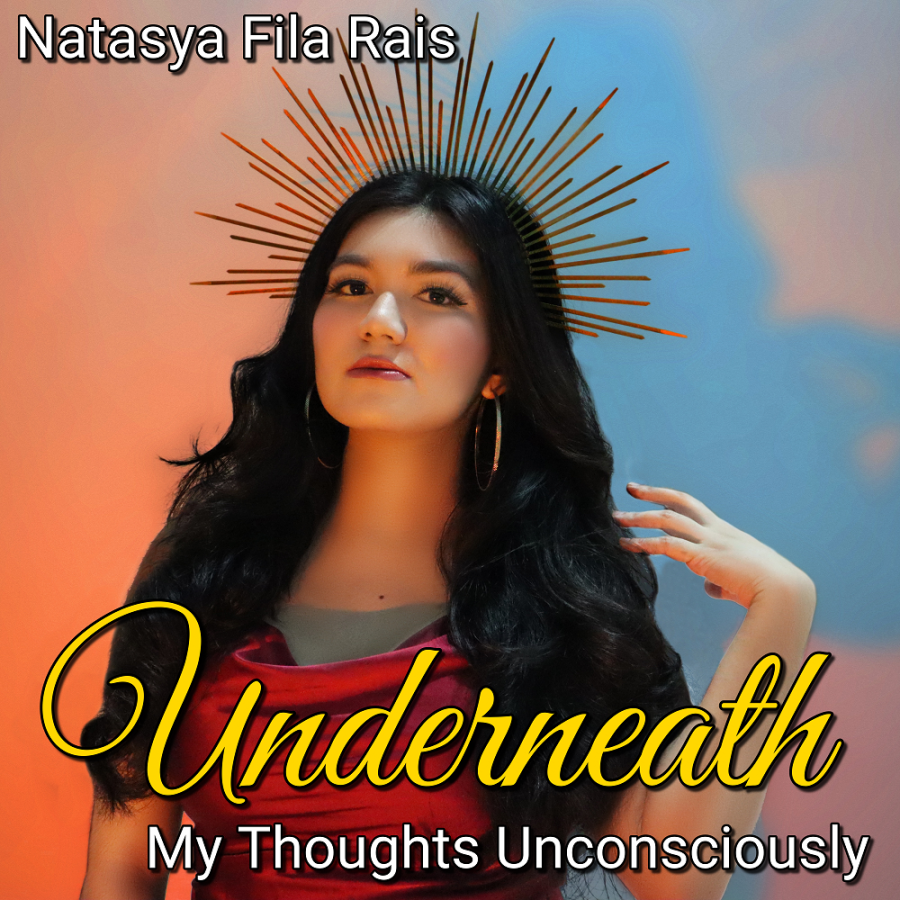 JAKARTA, INDONESIA, Nov 3, 2021 /EINPresswire.com/ – Jakarta singer, rapper and songwriter Natasya Fila Rais has just released her first single titled “Underneath My Thoughts Unconsciously”. The song, which was released on August 20, 2021, is in the Electronic Dance Music (EDM) genre with a pop music twist. Natasya also took inspiration from hits from 2016 to 2017, where that year’s songs were EDM genre with a cheerful pop touch, and had a pattern made up of a beat drop in the middle, like the electronic music subgenre , trap.

This song tries to deal with the nostalgia of those songs, which around this time began to appear on social media posts depicting the desire of the mid-2010s, such as on Tiktok and Twitter. This nostalgia was expressed by the young adults who grew up during this time, most of whom lived through their teens in mid-2010.

“Underneath My Thoughts Unconsciously” created in 2017, depicts a situation where a romantic relationship ends, told in the singer’s first point of view, where she is constantly visited by her former partner in her dreams. So, in the song, a conversation is formed to ask her ex not to come back to her dreams. The story conveyed in this song also seems simple, but many of them can feel connected to this event. “Underneath My Thoughts Unconsciously” has an upbeat and upbeat atmosphere unlike the story it tells.

Natasya Fila Rais is actually not really new to the Indonesian entertainment industry. She has been a child artist since the age of 5 and has appeared in nearly 40 soap opera titles, such as They Are Where Where, Sinema Hidayah and many more. Natasya also had time to star in the commercial for the Indonesian version of St. The Dupont and the music video for DJ Stroo’s single called People Power. Natasya also collaborated with DJ Stroo on the song This Feeling, where she sings, raps and writes the lyrics for the English version of the song and the rap part. Natasya has also published several novels, including Ephemerae and Acapella, as well as a poetry anthology called 7 Lives Ago. Her love for the world of writing led her to publish on the UN Women website and be featured in the New York Times. Natasya is also active in calling for gender equality through her writings. Now Natasya also regularly uploads covers of songs she sings to her YouTube channel.


The priority of EIN Presswire is transparency of the source. We do not allow opaque clients and our editors try to be careful to eliminate bogus and misleading content. As a user, if you see anything that we missed, please bring it to our attention. Your help is welcome. EIN Presswire, Every’s Internet News Presswire ™, tries to define some of the limits that are reasonable in today’s world. Please see our editorial guidelines for more information.