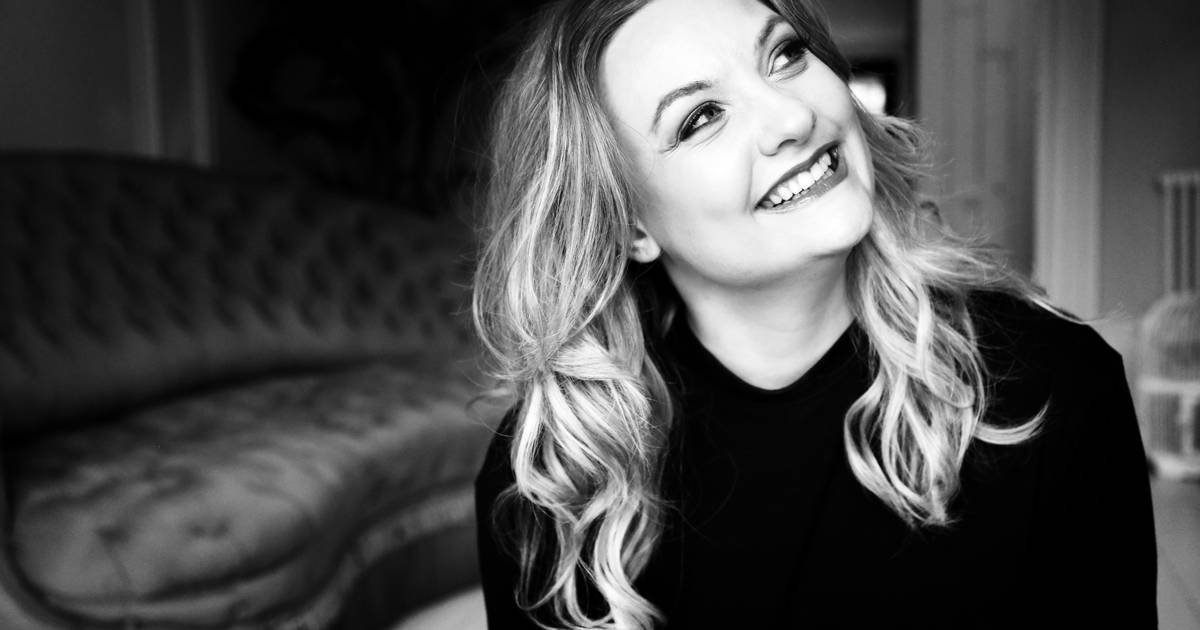 When I ask Irish soprano Jennifer Davis how she came to music and opera, her answer is quick. “It definitely wasn’t a straight line,” she told me.

Her first degree was in English literature but, as her mother is a singing teacher, she had grown up with music. “I was born in the UK,” she says, “and I’ve always been in church choirs. I’ve always sung to some extent. In high school, I did a lot of musicals and jazz. But I saw it kind of like my mom’s thing. She is still, even in her sixties, a truly wonderful singer. She never wanted to do it professionally. She didn’t want the lifestyle.

After college, Davis took a year off to figure out what she wanted to do next and considered doing a master’s degree in English. “At least I could do research, I could teach,” she says. But, after her mother suggested she “audition for something” and she landed a role in an amateur production of The Mikado, the die seems to have been cast. She had been absent from the scene for several years. The return reminded her of how much she loved him.

She auditioned for a master’s degree at the DIT Conservatory of Music and Drama (now TU Dublin Conservatory). It was, she says, “the most relaxed audition I’ve ever done in my entire life, because I really didn’t think I was going into it. I had very little repertoire. I was so shocked when I received the letter. It was the start of everything”.

Many people see the opera as very rosy and glamorous from the outside. But reality is usually I’m tapping notes on the piano, learning my lines

She did not expect a career. “I just wanted to practice,” she says. “I wanted to learn. I wanted to see if it was something I would like to do. You really don’t know until you do it. A lot of people see opera as very rosy and glamorous from the outside But the reality is usually that I’m hitting notes on the piano, learning my lines, she applies herself with energy, does many competitions and wins prizes at the Feis Ceoil.

Her first full role was Susanna in Mozart’s The Marriage of Figaro for the Glasthule Opera. She remembers it as “the longest song in the world” but, despite that, she managed to make an impression. “The star of the evening for me,” I wrote at the time, “was Jennifer Davis’ connoisseur Susanna, a young singer who sounded like she was just made for Mozart.”

She landed a place at the National Opera Studio in London (“It just opens doors when you go to a place like that”), then was accepted into the Jette Parker Young Artists Programme. “It really changed everything, changed my trajectory, so much more exposure than I had ever had. It was the real start of my professional life.

What she learned was not just about singing. She was now working in the rehearsal room and on stage with great performers. “I learned a lot just by watching them,” she recalls, “how they did in rehearsal, how they managed their energy, sometimes saying, ‘I’ve had enough today. Can I go? I’m a bit exhausted. They would talk and take care of themselves that way.

It was a revelation. “As a young singer, you think, ‘God, I could never say that to a director.’ You wouldn’t think that was an option. So just watching how they took care of themselves. Watching how they would accept the information they were getting from the conductor, director, whoever that was. . Thinking about that and trying to make it work for them. Really interesting.”

Davis also says she’s been able to build close relationships “with people who have huge careers and have been doing it for a long time. So I can always ask them for advice.”

She mentions the time a major singer struck up a conversation during a rehearsal of Verdi’s Il trovatore and, uninvited, began offering her advice. “Really know what you want. This is a difficult work. Walk lightly. Think about your choices,” he told her. “It really stood out to me that he took that little moment with me, to tell me to take care of myself. I really appreciated it.

Just as Davis’ entry into the profession was anything but a straight line, so was his road to success. The turning point was her performance as Elsa in Wagner’s Lohengrin at Covent Garden in 2018.

“People now describe it as, ‘She jumped in and saved the day.’ I didn’t jump in. I was officially covering the part. I had taken about a year and a half to think about it and learn it. It’s very long. I was very ready to sing it. Everyone always thinks it was like that Cinderella story, almost. In some ways, yes. I was unknown in that repertoire, certainly.

It was, she said, “the greatest thing I’ve ever done in my life, the size of the role, the grandeur of the set, it was a brand new production”.

She adds: “I learned on the Friday before the start of rehearsals that I had to rehearse, because the soprano was no longer coming. But it was not certain that I would completely take over. I was just doing my job covering. The Royal Opera House said: “If the director is ok and the conductor is ok, we would really like you to do it.” Having that support was amazing.

Director David Alden said yes on the first day, and a week later when bandleader Andris Nelsons arrived, the role was his. But all was not rosy. “When the official announcement came out, there was a lot of buzz in the press,” she recalls. “A lot of people were angry because they had spent a lot of money on their tickets. I understood. They didn’t know me.

I had this massive adrenaline hangover. It finally caught up with me. I was really exhausted. I didn’t have a fantastic year the following year

She had to stay away from social media. “I understand that people are disappointed. Singers fall ill. Things happen. That’s life. But I didn’t need to be tagged in it. I thought it was cruel. Online, people don’t seem to think there’s a person at the end of the tag they put.

On the other hand, she adds: “I knew that I could do it well. I loved the role and I loved singing it. It’s one of my favorite activities. It allowed me to be recognized in homes that might not have looked at me for a few years.

But there was a personal price. “Back then, I broke it in,” Davis says. “But six or eight months later, it really hit me in the face. I think I had this huge adrenaline hangover. It caught up with me eventually. I was really exhausted. I didn’t didn’t have a fantastic year the following year. I hadn’t processed everything, it happened so quickly.

She also found herself having to say no to many jobs, offers of other Wagner roles that she felt weren’t right for her. “Vacally, I wasn’t ready for them. I had to say no to really prestigious offers. I had to have my sensible hat on and not be dazzled by it all.

The situation became so severe that it resulted in stress-related physical depression. “It was a wonderful experience and I wouldn’t take it back,” Davis said. “But the consequences, I did not manage well. That was the problem. That’s why I got quite sick afterwards. I take better care of myself now.

In Dvořák’s Armida in Wexford, she plays the title role in a little-known opera. “I like to listen to historical recordings of the roles I’m learning. I will listen to maybe 20 different versions. It is important to listen to what is in front of you. I never fixate on one in particular.

She only found two recordings of Armida. “And they’re both pretty heavily cut. I just had to learn a lot on my own, playing the piano, which isn’t fun to hear. It was a longer learning process, and it’s also my first role in Czech. Initially, it was bars at a time, rather than pages.

She invented her own phonetic system so that it “imprints itself a little more easily in my brain. It was a long apprenticeship, and it’s a very long role. It’s four acts, and there’s maybe only 20 minutes of the play that she’s not involved in.”

The limit of the work is not the music, but the libretto, which Davis says is “a bit flowery” in a way that can make it difficult to convey Armida as an actual character.

“We’re trying to find a way not to make it a cliché – she’s supposed to be a witch and a princess. We want to make sure she’s really, really in love. Yes, she’s magical. But she doesn’t want to really use it unless you have to.

Davis appreciates the carte blanche aspect of a work like Armida and its undervalued music. “I really love that about Wexford, that you have the opportunity to really come up with something brand new for so many people.” Including the people on stage. 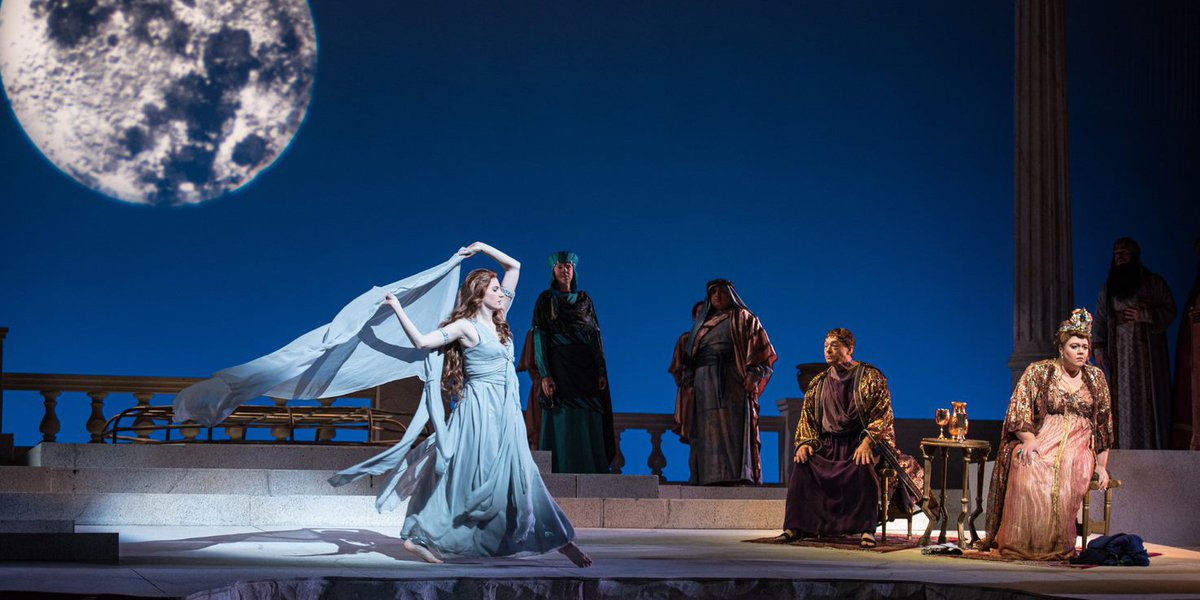 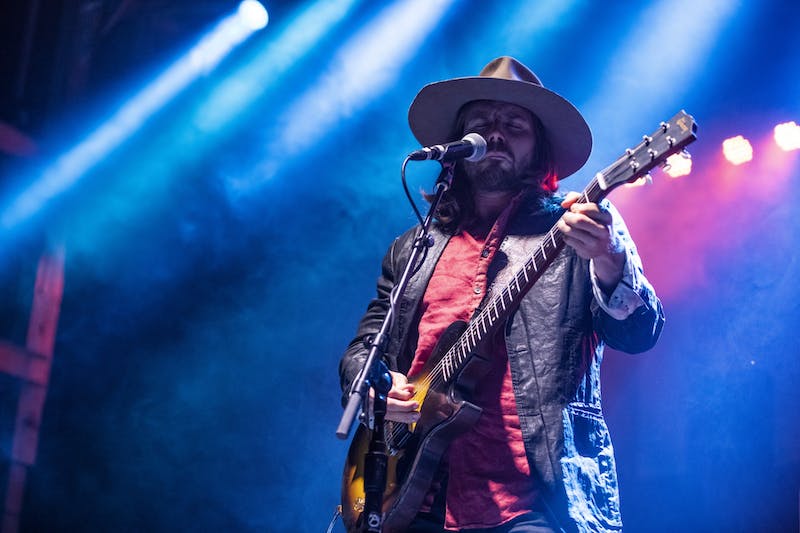 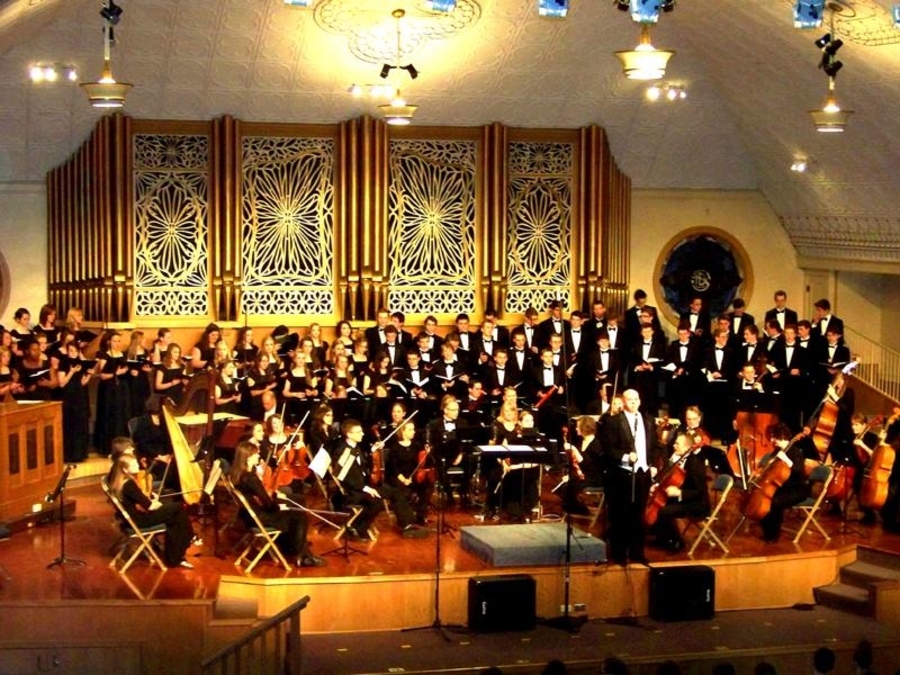 Rexburg Tabernacle Orchestra will present a winter concert this week