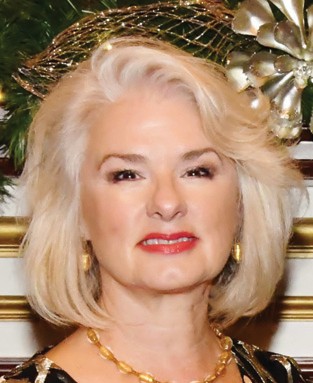 “It’s very exciting to be part of a community that echoes our enthusiasm for artistic growth and opportunities,” said Steffanie Pearce, Managing Director of Gulfshore Opera. “Our board and staff are delighted to have a spacious, centrally located suite to conduct operations including box office rehearsals and small productions.”

With easy access to I-75, the new head office at 9911 Corkscrew Rd., Suite 105, Estero, is at the geographic center of the counties in which Gulfshore Opera performs, making it a popular base. The company will continue to perform in Charlotte, Lee and Collier counties, as evidenced by its season eight program. The major production of the season “Tosca” will be presented consecutively in the largest theaters in the region: Charlotte Performing Arts Center in Punta Gorda on April 23; Barbara B. Mann Hall in Fort Myers on April 26; and a final performance at Artis — Naples in Naples on April 29.

“With the challenges of 2020 behind us, everyone involved with Gulfshore Opera looks forward to a wonderful eighth season as we grow up with our new hometown,” Ms. Pearce said.

About the Gulfshore Opera House

With more than 30 years of experience in the field of opera, Steffanie Pearce is a producer, director, performer and teacher of great art. Before focusing her energy on producing and directing opera, Ms. Pearce had a long career as an international singer with opera companies such as the Marseille Opera, the Lisbon Opera, the Opéra of Philadelphia and the San Diego Opera House. She has performed in major theaters including Carnegie Hall, Lincoln Center, Kennedy Center and Dorothy Chandler Pavilion.

Gulfshore Opera, a regional opera company serving three counties, presents the highest quality opera theater and vocal music performances while maximizing accessibility for a diverse audience of all ages. Gulfshore Opera was founded with the core values ​​of creative, community-based collaboration. The company also promotes the well-being of the community through music education programs. Its mission is to make opera accessible to the general public by maintaining affordable ticket prices and a wide range of performance experiences suitable for diverse audiences. ??