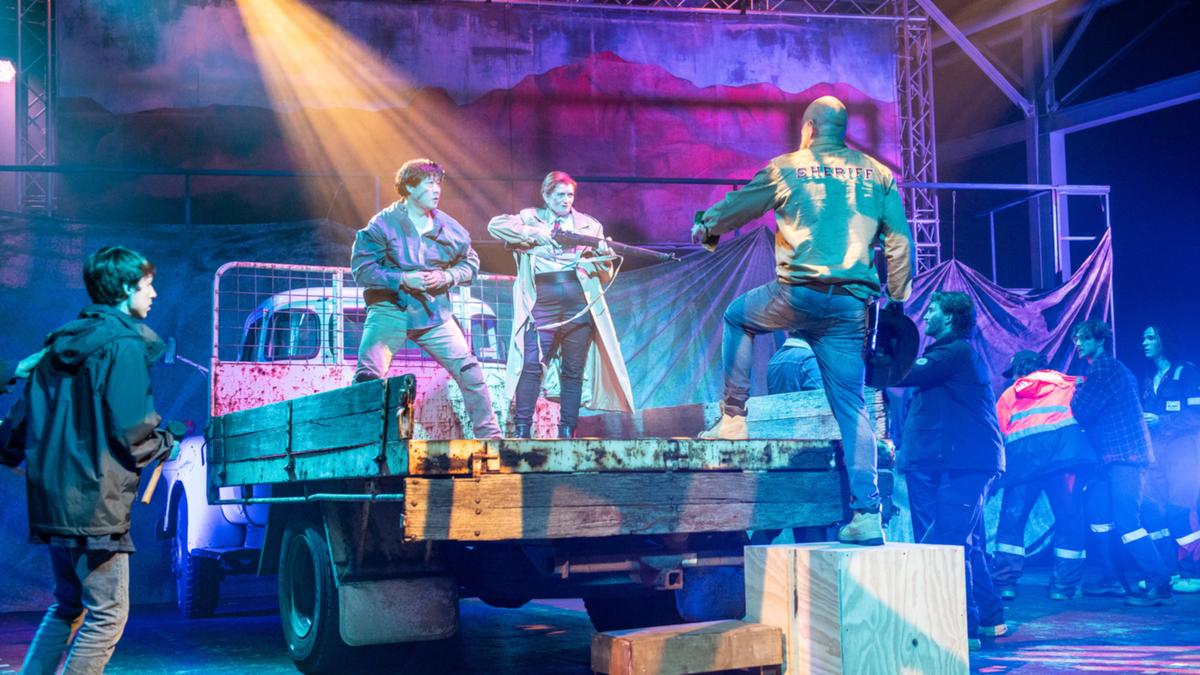 Nostalgic miners on the whipping, a single girl in an outback town, and a massive power imbalance – what could go wrong?

Everything goes wrong in Puccini’s cowboy opera La Fanciulla del West (The Girl of the Golden West), but the glorious tunes, drama and romance shine through, captured in wondrous technicolor by Freeze’s backdrop Frame Opera on the original at Claremont Showgrounds.

Uber-baritone Teddy Tahu Rhodes is a towering, menacing presence as Sheriff Jack Rance, mopping the floor with the crowd, both musically and dramatically.

Yet he’s beaten by Harriet Marshall as “Fanciulla”, Minnie – think Neighbors’ Charlene with red hair, denim overalls and a bolt-action rifle, turning all heads as she walks through her pub ( which also serves as a minors’ bank).

There’s a touching scene when a miner, Jim Larkens (Brett Peart), is driven to despair by a house song, Che faranno i vecchi miei, from traveling showman Jake Wallace (a suavely confident Robert Hofmann) and their foreman Sonora. (another polished performance by rising baritone Lachlann Lawton) stages a whiplash to send him back.

It is as if Puccini had torn a vignette from the many migrant communities of his native Italy and planted it in the unforgiving soil of the Wild West.

Rhodes commands the stage but meets an equal on bass Jake Bigwood as Ashby – the Wells Fargo agent turning into “Wells Angel” in the dusty outback of our Golden West – plotting the downfall of a rival gang led by outlaw Ramerrez.

The dice seem cast when a telegram from the mysterious Nina Micheltorena – a ghost in the machine, never before seen – offers to betray Ramerrez.

The chemistry between Marshall and Zhang has been vital to the success of FFO’s major productions and it’s kicking back into gear as their characters return to years they missed, the lure of adventure tensed with stoicism. from the bush.

Lush piano tones from musical director Tommaso Pollio – another constant in FFO’s growing popularity – along with Sophie Curtis’ mellow cello and Cathie Travers’ accordion whimsy light up the stage as Minnie bids farewell to Dick with stars in their eyes, yearning for their next assignment.

A busy first act sets the plot in motion, with Adam Mitchell deftly putting on his first FFO show with a big cast for an independent production; all tightly choreographed with plenty of scintillating cameos from the minor players and choir.

They find a home in a depressed setting with touches of outback gold designed by Bryan Woltjen – high-visibility miners watching the AFL on TV, drinking at a makeshift bar table from a drum of cable – and kaleiodoscopically lit by Jerry Reinhardt amidst the bare walls of the Claremont Centennial Pavilion.

What Minnie doesn’t know – and the audience does – is that the wily Castro (Laurence Westrip) has recognized Dick as her boss Ramerrez and leads the crowd in a merry dance as Dick is supposed to raid the vault. from Minnie.

Instead, Dick is at Minnie’s cabin after intermission, courting the queen of the outback in a bewilderment of country modesty; Minnie’s roommate Wowkle (Michelle Pryor) plays gooseberry to fun effect until Minnie pushes her out in the rain.

There’s a “Baby It’s Cold Outside” moment before (spoiler alert) the soprano and tenor start singing in octaves, which in Puccini’s work usually means they’re in love.

Yet another reason for the sheriff to be angry.

As always with Puccini, fate shakes up the protagonists who lead a life driven by poetry and pity.

Zhang and Marshall are powerful here, and her scorned woman’s fury takes a new turn when Dick gets shot.

Unlike Puccini’s other heroines, she overthrows #MeToo abuser Rance in a tense scene played under a profile spotlight with all the drama of a Hollywood silent feature; the tension rises at the piano.

Minnie seems to have won, but every melodrama needs a cliffhanger climax (pun intended) and a jump to a lynching mob in the forest honors Freeze Frame’s cinematic soul to the letter.

The crowd’s fervor is murderous, evoking a pagan and tribal spirit with Klan overtones in a complex, well-directed and acted sequence.

Dick’s crime? “You are a thief of gold and girls!” Yet the convict receives one final request: a musical request, “Ch’ella mio creda libero e lontano” (May she believe I am free and far), is Zhang’s finest vocal moment in a crowded field.

Her fury turns to contempt for the mob she fed; then to magic as it diverts anger and restores them to grace. One by one, at Sonora’s request, they lay down their arms.

Redemption is born from the power of song; and the end is really poignant. 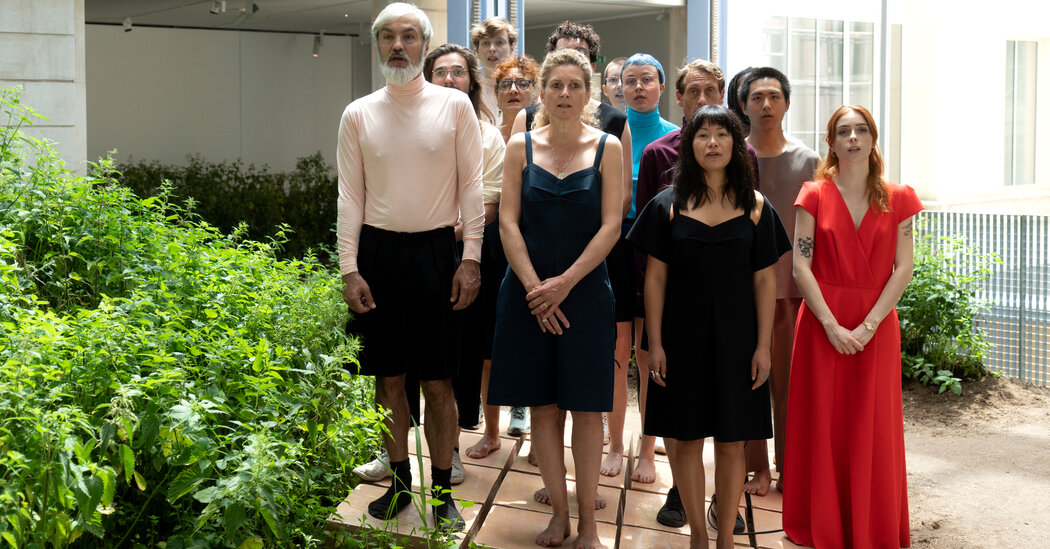 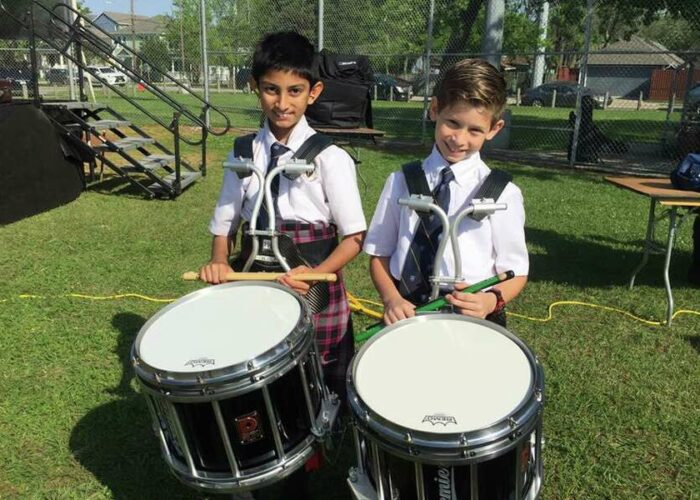