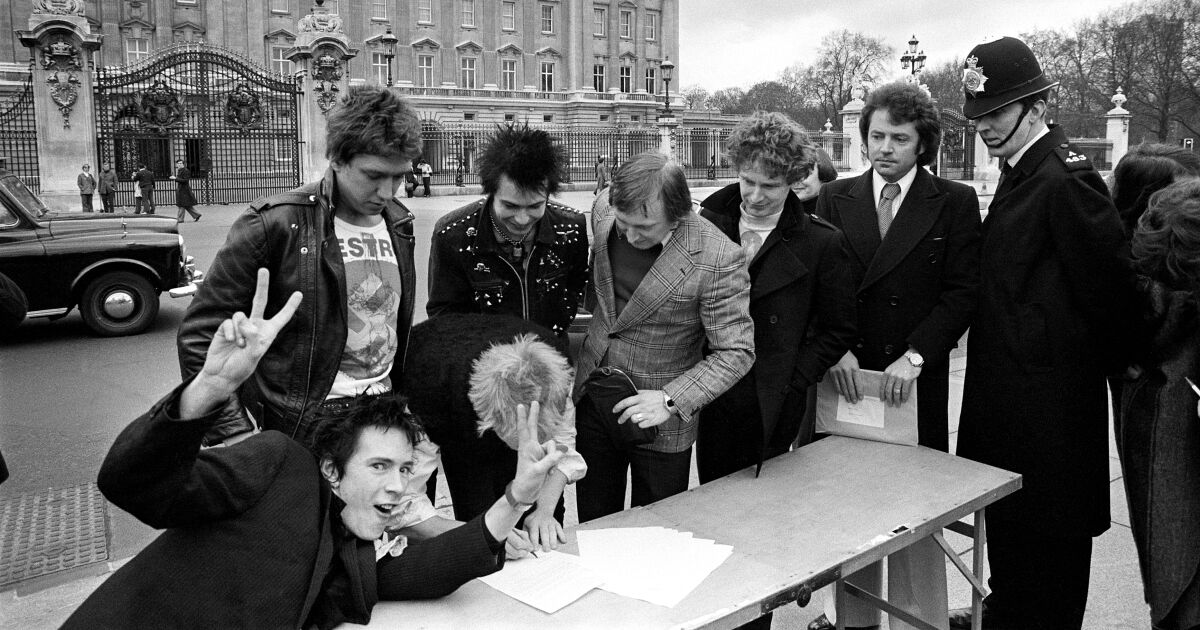 In October 1958, Duke Ellington gave a concert in Leeds, an old-fashioned industrial city in the north of England. Elizabeth II, just six years into her reign, was to be present; her father, George VI, had been a huge Ellington fan, and so she was a guest of honor. She chatted freely with the duke – the photos show her quite comfortable.

“She asked me, ‘When were you first in England? She gave me a real American look; very cool, man, which I thought was too much.

“She was awesome,” Ellington added. “She told me about all the files her father had.” They got along so well that when he returned to the United States, Ellington wrote the six-part “Queen’s Suite” and recorded it with his band. It was exceptional, even by his standards. He then pressed a copy of the recording, the only one in the world, and mailed it to Buckingham Palace.

Ellington, being American, was able to meet the Queen on a normal human level that any Briton would have found almost impossible. Unlike the ‘Queen’s Suite’, the reaction in British popular music to her coronation in 1953 was largely obsequious and boring – two versions of the dreary ‘In A Golden Coach’ made the New Musical Express Top 10, one by the leader of the band and BBC radio. presenter Billy Cotton, the other by pre-rock idol Dickie Valentine. It took Trinidad-born pianist Winifred Atwell to liven up the celebrations with the much more exuberant “Coronation Rag.”

The Top 10 didn’t even exist when Elizabeth, who died Thursday at 96, succeeded her father in February 1952. Back then there were no records at all – the first chart would not be in print November, and it quickly became a quintessentially British obsession, like trainspotting or tracking the lives of the royal family in microscopic detail. Not only was she our monarch before the Singles Chart existed, but she continued to outlive her usefulness. That the Queen’s reign preceded such a national institution is mind-boggling and helps explain the current feeling of emptiness in the country – hardly anyone remembers a time when the Queen was not Queen.

Where pop music meets the queen is a strange place. Outside of this series of early homages, I can only think of Neil Innes’ 1977 cod-reggae “Silver Jubilee”: “Queenie baby, I’m not fooled, only you can make the decision, in your sweet way .” It’s not hard to find anti-royalist material, such as anarcho-punk band Crass’ sarcastic, sugary ode to Charles and Diana’s 1981 nuptials, “Our Wedding” (“Never look at anyone, I must be all you see / Hear those wedding bells, say goodbye to the other girls”) But when the Queen herself has featured in the lyrics, she has usually been used as a mere device, a figurehead of the royalty, with an almost spectral presence.

The Sex Pistols’ “God Save the Queen” – originally titled “No Future” until the band realized the possible benefits of releasing the single just before the Queen’s Silver Jubilee celebrations – could compare the monarchy to a fascist regime, but the lady herself barely figured in the lyrics. It was about the fantasy world that Britain had entered for a few months in 1977, where economic collapse, the rise of the far right and massive industrial unrest were somehow cured by the bunting of the Union Jack and the balm of a street party.

Every time the Queen became a real, living person in a song, no one could imagine anything other than discussing the weather with her or how many sugars you might want in your tea. There was John Cale’s “Graham Greene” (“You’re Arguing With the Queen Now”), while Billy Bragg’s “Rule Nor Reason” imagined her bored and alone — “She’s looking out the window and crying.” Neil Tennant of the Pet Shop Boys, after discovering that she visited more people in their dreams than anyone else, wrote the melancholic “Dreaming of the Queen” in 1993. Once again she was “visiting for the tea”, and again she was essentially sad and vague: “The queen said: ‘I am appalled, love never seems to last. “”

The Beatles’ ‘Her Majesty’, though long used by Lennon worshipers as evidence of Paul McCartney’s soft and MOR tendencies, was not a ringing endorsement of Elizabeth II’s personality: ‘Her Majesty is a pretty nice girl, but she doesn’t have much to say. The Queen returned to McCartney at her birthday celebrations years later. Composer Angelo Badalamenti, a frequent collaborator with director David Lynch, recalled meeting McCartney at Abbey Road and hearing how the Beatles were invited to play half an hour of his greatest hits at Buckingham Palace. As he told the Queen what an honor it was going to be, she said, “Mr. McCartney, I’m sorry but I can’t stay. He looked discouraged. “You do not see ?” she explained. “It’s 8 minutes to five. I have to go up and watch ‘Twin Peaks’.” (I’d like to think she was watching season two.) Again, it’s hard to imagine anyone from the UK thinking this was a story they should repeat in public, but Badalamenti had no no such reservations.

While it’s hard to think of songs that personally defend or attack the Queen, the 80s – chock-full of anti-Thatcher material – was also a peak time for anti-royalist statements. The most ironic came from the Smiths, with Morrissey using the title track of “The Queen Is Dead” as a metaphor for Britain’s decline (true to his word, he left soon after and settled in Rome and in California). At one point in the lyrics, he bursts into Buckingham Palace “with a sponge and a rusty key / She said ‘I know you and you can’t sing’ / I said ‘it’s nothing , you should hear me playing the piano”. “In 1989, in Wales’ The Manic Street Preachers sang “Repeat after me, f— Queen and country!” Repeat after me, royal Khmer Rouge! which was a quirky angle, but at least changed the description of the monarchy as a fascist regime.

British indie-pop band McCarthy, supporters of the far-left Revolutionary Communist Party, were one of the few bands to write about our next monarch. We may know a lot more about Charles III than Elizabeth II – his views on architecture, what he thinks of the environment, and we’ve even seen the transcript of some sort of sex tape – but he hardly inspired any song. . It has no mystery. In 1987’s “Charles Windsor”, McCarthy’s Malcolm Eden sang “the mob… the kind you hoped dead, they came and chop your heads off”, like “businessmen, Sun hacks, military, so many rich men are crying in despair. It’s direct and obvious, the future monarch with his neck on the guillotine, but again, it’s hard to imagine that many people dream of Charles coming for tea .

The Royal Family is still seen as divisive, the most glaring example of the unacceptable establishment – grime star Skepta claimed he rejected an MBE (Member of the Order of the British Empire) in “Hypocrisy” in 2017. But the Queen herself was almost always seen as a relatively benign figure, a blank slate on which musicians could project themselves. It’s no coincidence that Queen, one of the most eerily secretive and unknowable bands in British rock history, gave themselves their self-glorifying name.

On my way to a pub the evening after news of the Queen’s death was announced, I heard opera singer Katherine Jenkins’ version of ‘God Save the Queen’ (the royal anthem, not the Pistols’ song ). It was followed by Queen – “Another One Bites the Dust” – and then the Sex Pistols. Supermarkets and radio stations play music a degree softer than usual – “Eternal Flame” by the Bangles, “Take Care” by Drake and Rihanna, “He Ain’t Heavy, He’s My Brother” by the Hollies. Despite public proclamations to the contrary, people are less in mourning than worried and concerned about what is to come; we now have two new unelected personalities leading the country. This is not Diana Revisited. People like Mick Jagger, Rod Stewart and Elton John have expressed their personal sadness that a fixed point in their lives – the nation’s grandmother – is no longer there. Among her most famous detractors, John Lydon went out of his way to say that he never had anything against her personally; Morrissey’s politics, meanwhile, are now somewhere to the right of the rabid royalists.

Some things never change, however – while all football and boxing matches were postponed on Saturday as a mark of respect, sports for the more privileged classes like rugby union, horse racing and archery grouse all continued; lower orders could presumably not be trusted to cry at sporting events in a civilized manner. We should stay home and know our place. Personally, I’ve mostly spent the last two days at home, knowing my place, worrying about whether that priceless Duke Ellington record will end up in a thrift store.

Bob Stanley, founding member of the British music group Saint Etienne, is the author of “Let’s Do It: The Birth of Pop”. 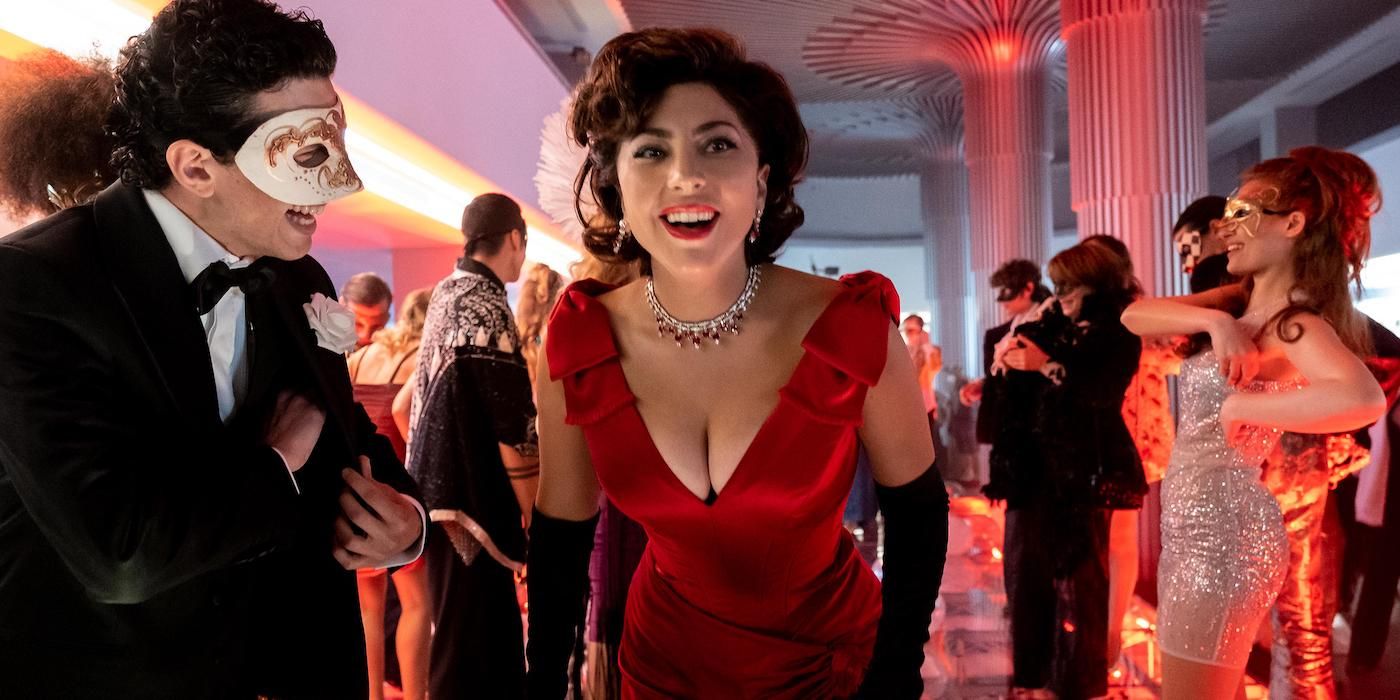 House Of Gucci Soundtrack: Every Song From The Movie