The remarks were in line with a video statement released by the Met on Sunday, in which Gelb said emphatically that the company “can no longer engage with artists or institutions that support Putin or are supported by him.” But here they were tempered by a grim acknowledgment of the lives already lost, in the form of a moment of silence.

The Metropolitan Opera Chorus then took the stage, with Ukrainian bass-baritone Vlad Buialskiy front and center. Buialskiy, a second-year performer in the Met’s Lindemann Young Artist Development Program (and who would appear later that evening as the Flemish MP in “Don Carlos”) had previously trained his colleagues in the correct pronunciation of “Shche ne vmerla Ukrainy,” the Ukrainian national anthem (composed in 1863 by Mykhailo Verbytsky). lifted to her feet (although a bit unsure of what to do with their hands).

Perhaps the most obvious parallel between Verdi’s story of a doomed engagement and the Met’s desire to be explicit in its support for Ukraine is that the two have the makings of a royal mess. We’ve already seen Russian soprano and longtime Met superstar Anna Netrebko denounce the war in a Facebook post, while dismissing any expectation of artists to “express their political views in public and denounce their homeland.” Netrebko has recently had engagements with the Bavarian State Opera canceled and withdrew from performances at the Zurich Opera.

Other institutions are also responding to the situation as it unfolds, including Carnegie Hall, which last week canceled appearances by pro-Putin musicians: conductor Valery Gergiev and pianist Denis Matsuev. Netrebko, who knows how to sound a challenge note, went for a moderate challenge on Tuesday, posting a photo on Instagram of her and Gergiev holding hands. (His account is now private.)

Verdi himself was entering a period of both personal and political turmoil when in 1864 he was asked to compose a work for the Paris Opera. On the one hand, at least one Italian critic had already declared “the so-called Italian school” kaput. (Verdi fantasized in a letter to a friend of composing “for no other reason than to anger them.”) A letter from 1865 surprised him wondering how he could succeed: “Writing for the Opera, where the performances last half a time. daytime? Poor me! What music, or rather, what notes!

On the other hand, Verdi’s opera composition was placed against the tension and outbreak of the Austro-Prussian War, which threatened his home as well as his homeland. In 1866, he declared in a letter to a friend that he “could not write a note” and that he was “sick in a thousand ways”.

As such, this opera “born in fire and flames” creates a world on stage that feels both unfathomably distant and incredibly close, as if the lovers are imprisoned in your chest. This tension was skilfully worked on by the sensitive direction of Yannick Nézet-Séguin of the Met Orchestra, who brought nuance to each note. Nézet-Séguin was also particularly skilled and interested in creating striking relief around Verdi’s more modern moments. (I like to think it important that he first heard Wagner performed in Paris in 1865.)

David McVicar’s direction also found ways to layer great spectacle and acute internal psychology. The scene, flanked by colossal towers, was here a square, there a prison – a spatial realization of the hermetic seal of the Inquisition and the dark chambers of the heart. Initially, a massive censer swung slowly like a pendulum across the stage to the sound of a distant bell, leaving a trail of smoke that settled in the misty forest where the lovers discovered each other. Sometimes white washes of harsh daylight poured in from the wings, a reminder of remote realities.

Brigitte Reiffenstuel’s costumes also bridged the distance of history with personal touches, filtering historical accuracy through a lens of old Hollywood glamor – her excess fur and feathers gave the savagery of the Inquisition a strange elegance.

Much will be said about this production being the rarely staged version in five acts based on the original French libretto by Joseph Méry and Camille du Locle. And while it’s hard to imagine why such a thing is a big whoop, just experience the magnitude of the whoop itself. Restored to its full form, with most of the numerous cuts made at the start of the opera to make it more portable and palatable, “Don Carlos” almost immediately achieves a level of spectacle and grand strength, and almost never gives up never.

Tenor Matthew Polenzani sang Carlos with finely crafted drama and an unexpected sweetness only if one takes his first-act plea for “a future full of tenderness” as a passing fancy. He made a deeply human Carlos out of what might just be an anguished archetype in less skilled hands. The Bulgarian soprano Sonya Yoncheva has made an exquisite Elisabeth, with a supple and light voice, with a satiny softness to sharpen into a blade. She masterfully supported the new queen’s tension between duty and desire – and when she broke down, you felt her breaking.

Strangely, the chemistry between the lovers was much less crackling than in the opera’s other love story—that of Carlos and his closest ally (well…) Rodrigue, powerfully voiced and embodied by the Canadian baritone— French Etienne Dupuis. The “sweetest bond” that is their friendship, the fact that they carry each other’s burdens, made for the most emotionally heartbreaking exchanges of the evening.

Mezzo-soprano Jamie Barton (who will perform in recital at the Kennedy Center on April 6 with pianist Jake Heggie) was a revelation in an eye patch as Eboli, beautifully infused with princess despair and inspiring chills when his desire turns to rage. One of the most impressive performances I’ve seen in years, and a star turn for sure.

It could be years before I dislodge bass-baritone Eric Owens from my notion of what a Philip II should be – a storm of suspicion and fury swirling around a trembling unloved child. Her voice never got lost in the richness of the orchestra – in the third act I half-expected her to light the pyres beneath the unfortunate heretic couple during a horrific book burning.

And bass-baritone John Relyea was more than terrifying enough as the boss of the boss – the Grand Inquisitor – perfectly insectoid weaving across the stage on a pair of spindly white walking sticks, his blood-red robe cutting through the monochrome ensemble. like a fresh wound.

It’s probably not a spoiler to say that this one doesn’t have a happy ending – unless, like many of our heroes at the end of the opera, Death’s Embrace comes as a sweet relief. But at its conclusion, “Don Carlos” offers a profound insight into what peace might look like, and what it unquestionably requires: a flood of daylight. 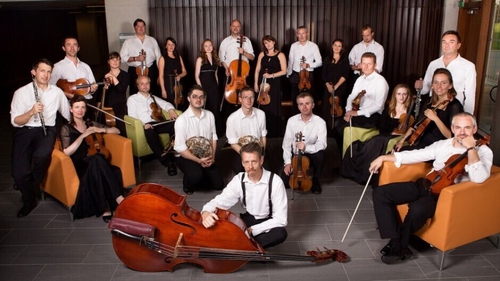 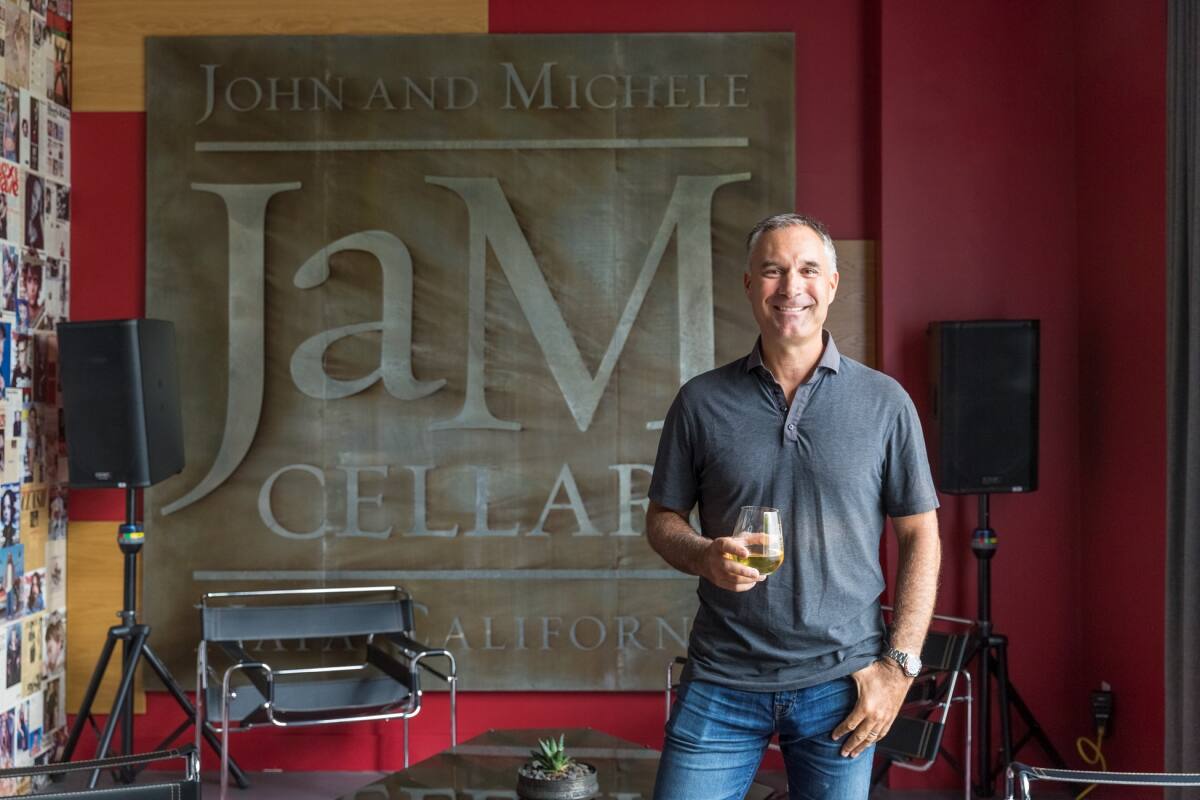 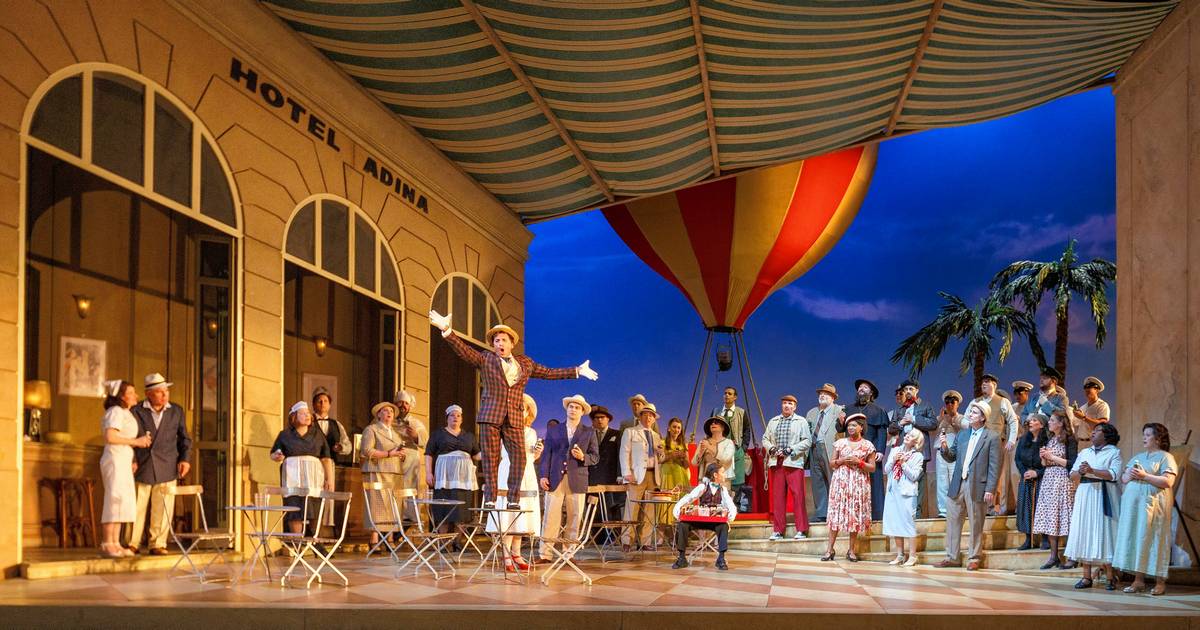