I returned to the Belasco Theater on Saturday afternoon, my first Broadway show since the start of the pandemic. It was also one of the last shows I saw before the pandemic: Conor McPherson‘s “Girl from the north of the country.”

McPherson wrote, performed and used songs from the Bob dylan catalog, to tell a story of the Depression era set in Dylan’s Minnesota. I know my opening night review was rave, but a lot of time has passed and I wanted to see this musical again.

What a treat it is also such a moving, deep and entertaining gem that I cannot urge you enough to put on a mask and head to the Belasco. “Girl from the North Country” is like a spiritual awakening. There are three nominal stars – Winningham mare, Jay O. Sanders, Robert Joy and Marc Kudisch. But there’s also a cast full of lesser-known people who should be stars in their own right, including Todd Almond, Kimber Elayne Sprawl, Jeannette Bayardelle, Luba Mason, Tom Nelis and Matt McGrath.

McPherson infuses a sort of dark narrative of people struggling to survive the Depression with two dozen Dylan songs rearranged beautifully for the theater in gospel, R&B and country contexts. Dylan should send roses to McPherson every day because the playwright-director has relaunched Dylan’s catalog in the most exciting way possible. Songs include “Like a Rolling Stone” and “I Want You” and even the more recent “Make You Feel My Love”. The orchestration is so precise that even tracks from other songs float instrumentally, like “Lay Lady Lay”.

You won’t want to miss “Like a Rolling Stone” by Mare Winningham. Or Todd Almond’s left curve solo from the sky. Or Luba Mason singing like Janis Joplin and playing the drums. Or the heavenly voices of Kimber Elayne Sprawl, Jeannette Bayardelle.

I said in March 2020 that “Girl from the North Country” was the best musical of this season. The show opened, but the Tony Awards cut didn’t include it with that year’s shows. It will therefore be a force to be reckoned with in 2022. I can’t wait to see him again!

UPDATE ABOUT THE MUSIC MICHAEL JACKSON “MJ”: This is really wacky. Last week, Michael Jackson’s musical “MJ” announced the casting of Michael as a child with the Jackson 5s.

The main cast of children is called Walter Russell III. No one said a word about who he was, and his name sailed right next to me.

Guess what? Little Walter, who is 13, is already a STAR. He literally STEELS the show at the Metropolitan Opera in Terence Blanchard’s “Fire Shut Up in My Bones”.

I was there two weeks ago. Walter receives a standing ovation. If he’s half as good at the head of the Jackson 5, “MJ” is going to be a hit, no matter how crazy the script is (and I hope it’s okay. Really.)

Weird that no mention has been made of Walter’s career so far, his rave reviews. From the Met to Michael. Now I’m really curious about this musical. It’s going to be good.

PS Twitter manage @ andjustice4some notes that Walter shares the same birthday as Michael Jackson. This is a good omen! Art Beat: Array Collective and the Turner Prize, Stephen Sondheim, NI Opera and Into The Woods – plus Goldilocks and the Three Bears (and May McFettridge …) 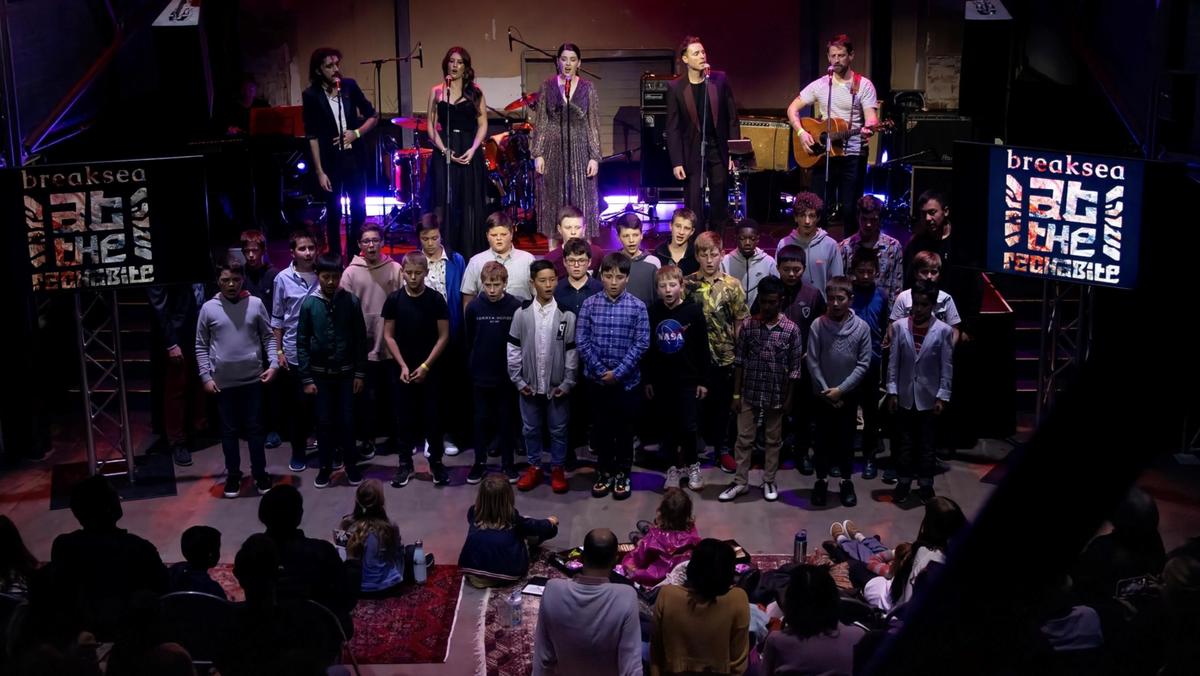 Breaksea @ The Rechabite presents the soul of the country in the heart of the city with opera, pop and films