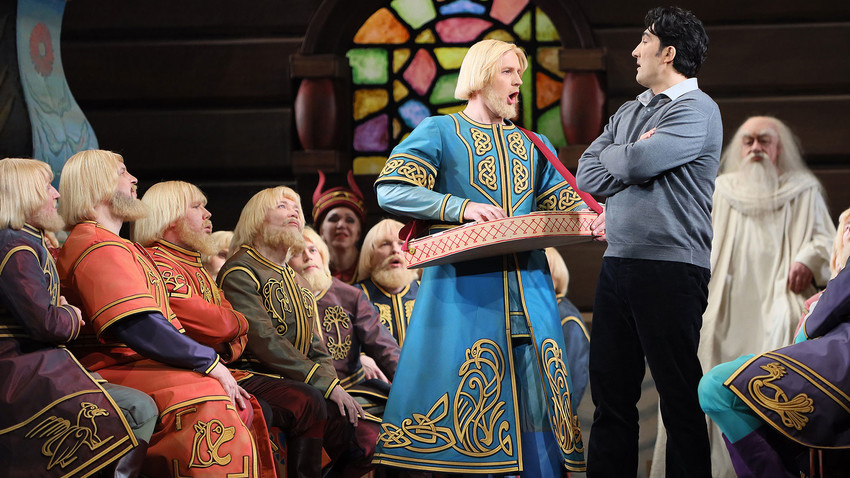 In terms of depth and subtlety of psychological analysis, Modest Mussorgsky could certainly compete with Fyodor Dostoyevsky or Leo Tolstoy.

In ‘Boris Godunov’ he revealed himself not only as a great composer and librettist, but also as a visionary far ahead of his time. Mussorgsky broke new ground in that he actually chose to highlight the dramatic conflict between the Tsar and the people in this historic opera blockbuster. The Russian composer went so far as to entrust the people with the main role in ‘Boris Godunov’.

The Metropolitan Opera rightly describes Mussorgsky’s masterpiece as “a pillar of the Russian repertoire”, noting that the show was staged in its original version from 1869. Stephen Wadsworth’s production, with German bass RenÃ© Pape as the main character in â€œBoris Godunovâ€ by Mussorgsky, portrays â€œthe hope and the suffering of the Russian people as well as of the Tsar himselfâ€.

Pyotr Tchaikovsky’s dark history of passion and greed is widely regarded as the pinnacle of his artistic achievement. With the libretto composed by Tchaikovsky’s brother, Modest, the masterpiece is based on the mystic novel by Alexander Pushkin, “The Lady of Spades”.

He has it all: passion, obsession, fear and fire.

The opera is set in the 18th century in St. Petersburg and revolves around an unhappy young man named Herman, obsessed with acting. Herman also seems to be in love with the charming Lisa, whose grandmother, an old countess, knows the secret of the â€œthree winning cardsâ€. Herman pushes his obsession with gambling too far and things quickly get out of hand.

Directed by Matthias Hartmann, “The Queen of Spades” stars the fascinating Russian mezzo-soprano Olga Borodina as the Countess and Russian tenor Najmiddin Mavlyanov as Herman. 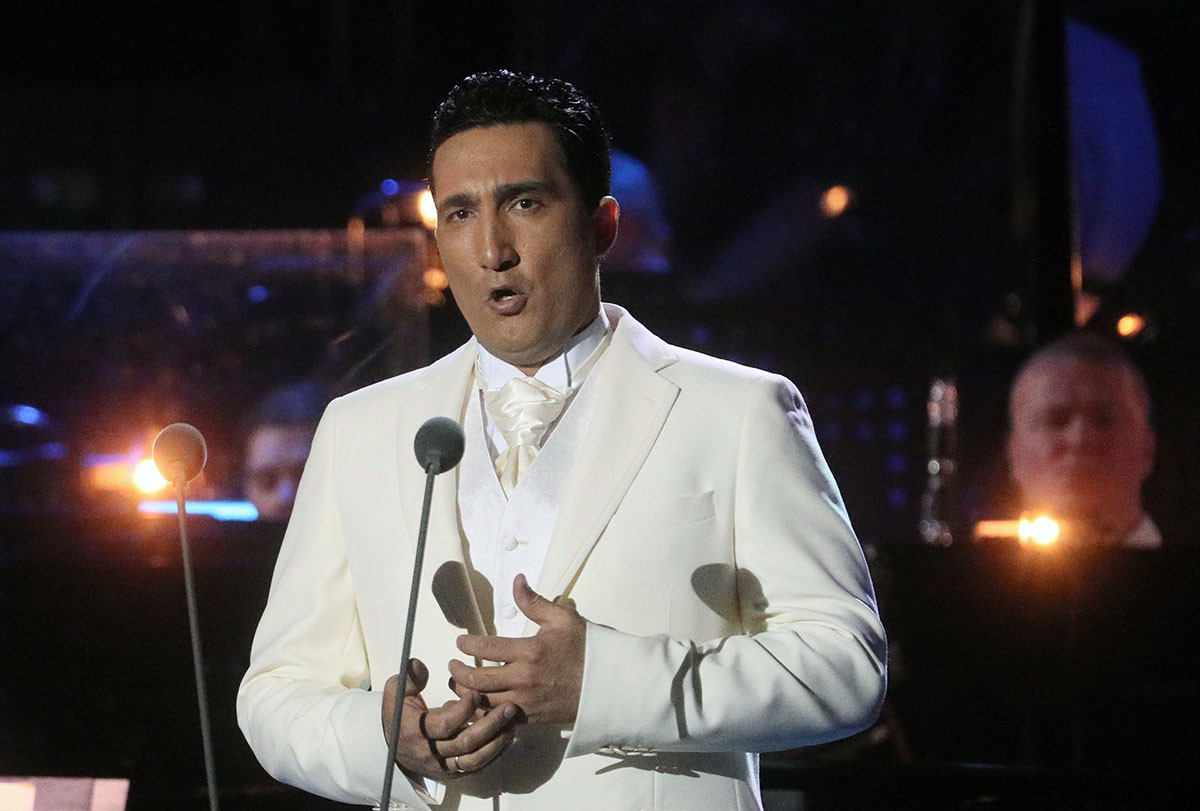 In the new season, Tchaikovsky’s greatest opera will be conducted by Maestro Valery Gergiev.

‘Sadko’ is, by far, Russia’s musical response to Homer’s ‘Ulysses’. All modesty aside, Nikolai Rimsky-Korsakov gave his work a rather unusual genre definition – an epic opera. 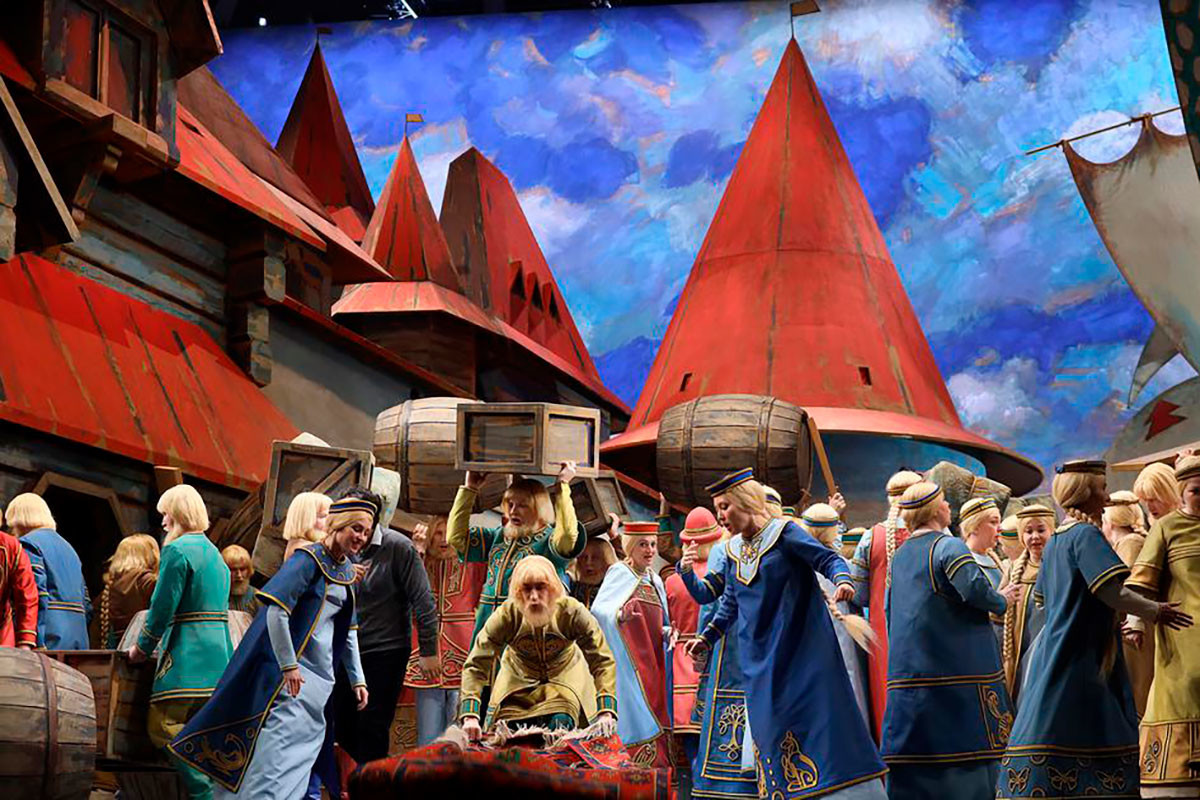 ‘Sadko’ at the Bolshoi Theater

Indeed, the prolific composer has created a musical score of epic proportions, which requires an exceptional cast of performers and a non-trivial solution to define the successful opera. In ‘Sadko’ dramatic mass scenes alternate with heartfelt lyrical episodes, characterized by the exquisite beauty of the melodies. The opera focuses on Sadko, a young musician who dreams of incredible adventures and trips abroad. Sadko denounces the wealthy merchants for their bragging and boasting, but the wandering artist will have to put his words into practice after the fateful with the Sea Tsar. Charismatic tenor Najmiddin Mavlyanov, who has performed at the Royal Opera and the Metropolitan Opera, embodies Sadko in the pioneering production directed by Dmitri Tcherniakov.

Tchaikovsky was a true original, who never followed the crowd. So instead of a story boasting “Tsars, tsarines, uprisings, battles and marches”. Tchaikovsky said he needed intimate human drama with universal appeal. With the inner world of the characters in mind, Tchaikovsky created his signature â€œLyrical Scenes in Three Actsâ€, presenting an ideal combination of pathos, drama and dignity.

‘Eugene Onegin’, based on Pushkin’s famous verse novel, focuses on a sentimental young woman, Tatiana Larina, who naively declares her love to an egocentric man. EugÃ¨ne Onegin, cold as a fish, rejects Tatiana’s love and continues to live his life fully. When he realizes that maybe he missed the love of his life, it’s already too late. 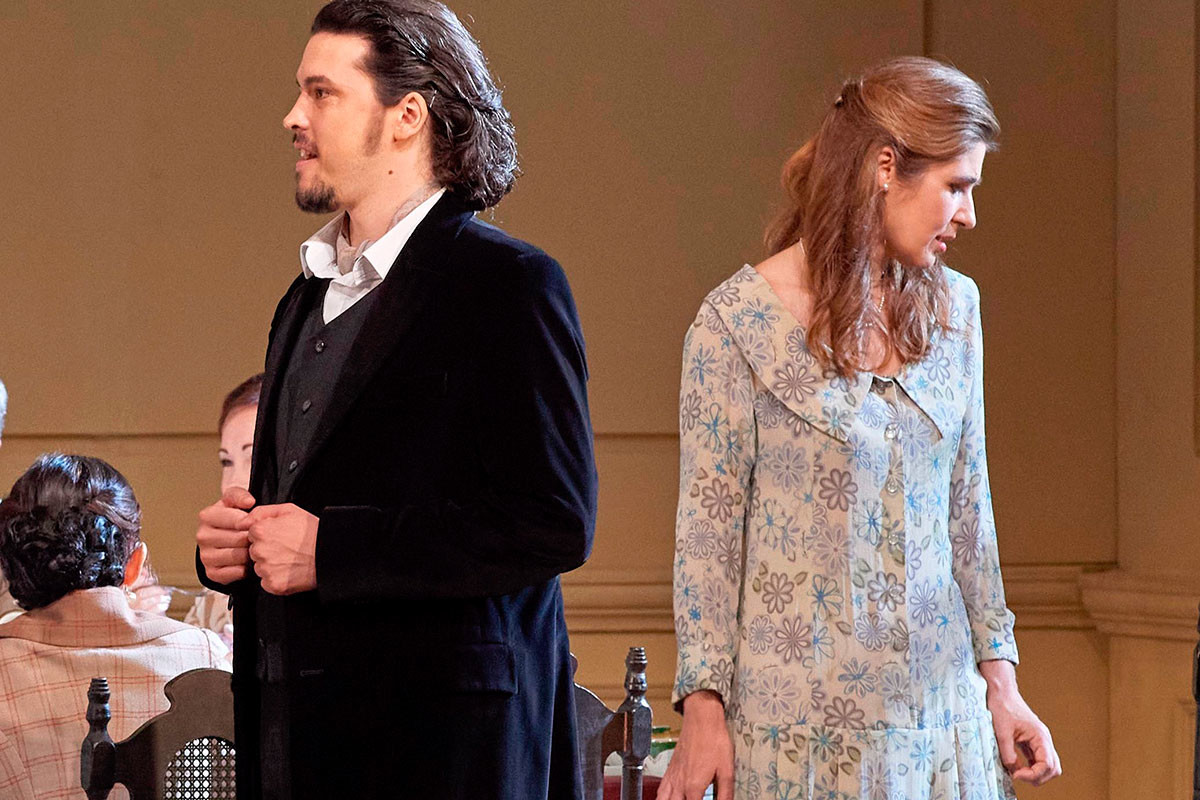 Andre Schuen as Onegin and Nicole Car as Tatiana.

5. ‘The Nose’ at the Royal Danish Opera (Copenhagen, Denmark)

Dmitry Shostakovich wrote his first opera when he was only 22 years old. It’s young, full of irony and rapture. The comic opera is based on Nikolai Gogol’s short satirical story of a nose that runs away from its owner. What is there to say? Whoops. It’s really hysterical and ridiculous. Shostakovich’s “Nose” (the composer wrote the libretto himself) can be called an ironic phantasmagoric opera, because the absurdity of Gogol’s plot and setting is multiplied a hundred times by the theatrical and musical language used. by the genius composer. 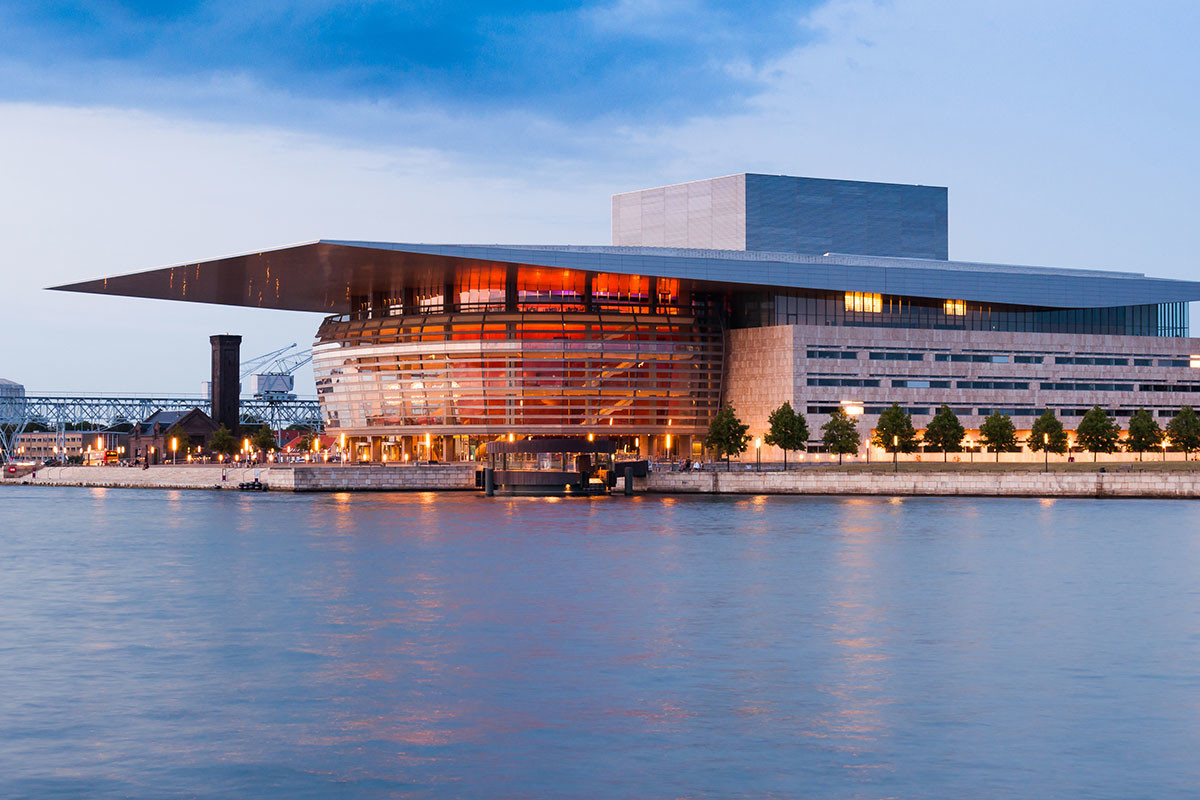 ‘The Nose’, directed by Barcelona-born director Alex OllÃ© at the Royal Danish Opera, is not to be missed.

Modest Mussorgsky decided to dedicate this epic opera to one of the most eventful periods in Russian history. 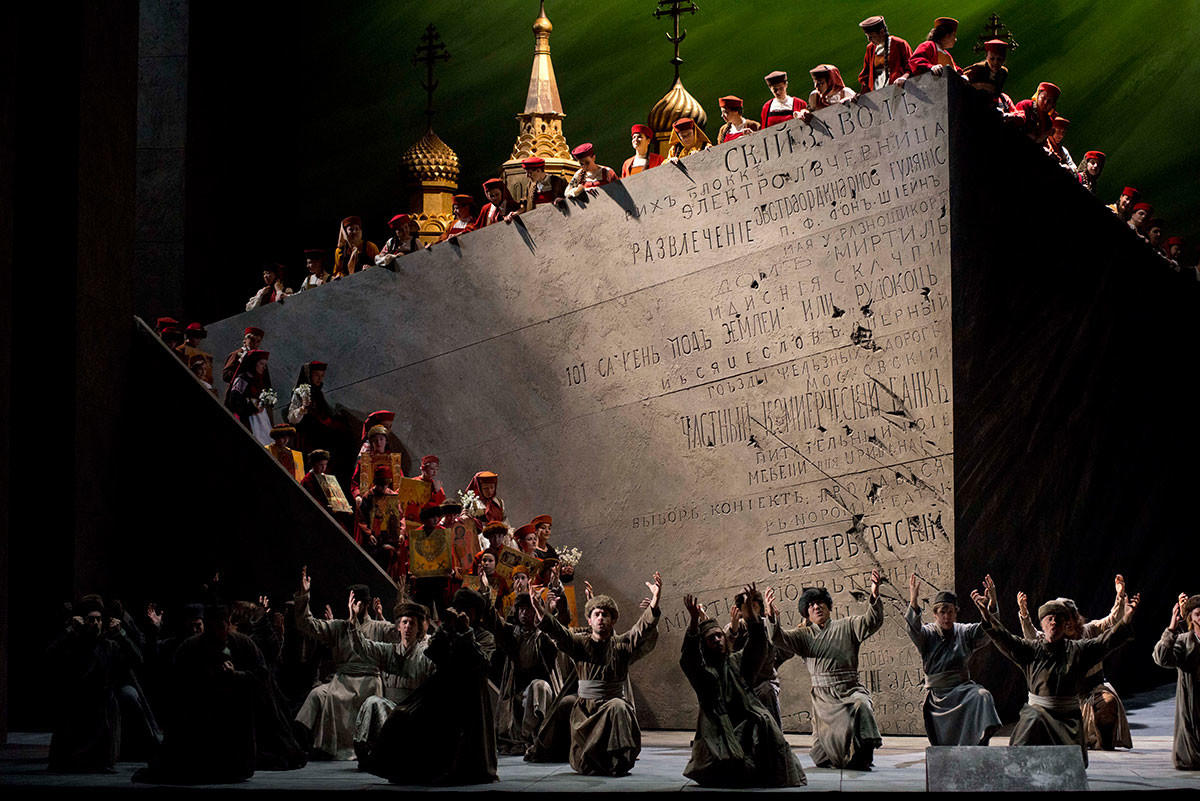 ‘Khovanshchina’ at the OpÃ©ra Bastille

The so-called Streltsy uprising of 1682 (the year Peter the Great was crowned tsar after the death of childless Tsar Fyodor Alekseevich, bypassing his half-brother Ivan) inspired Mussorgsky to write his opera. The painstaking work on “Khovanshchina” lasted almost ten years and yet Mussorgsky left the score unfinished. The composer died before he managed to complete his magnum opus. Fortunately, his work ended up in the good hands of such luminaries as Rimsky-Korsakov, Shostakovich and Stravinsky, who completed ‘Khovanshchina’. And while Mussorgsky’s opera is probably as complicated as the palace intrigues it tackles, one thing is certain: Mussorgsky (yet) has no rivals when it comes to creating psychological tension and mystery. virtuosos. Internationally renowned Russian bass Dimitry Ivashchenko, whose deep and resonant voice reflects all aspects of human nature, will play the role of Prince Ivan Khovansky, while tenor Sergei Skorokhodov will make his Paris Opera debut in the role of Prince Andrei Khovanski. Georgian mezzo-soprano Anita Rachvelishvili (who became the youngest singer to open a season at La Scala in 2009) will show the strength and velvety of her voice as Marfa.

7. “Ruslan and Lyudmila” at the Mariinsky Theater (Saint-Petersburg, Russia)

It took five long years for Mikhail Glinka, often called the father of Russian opera, to create his lyrical fairy tale. As one can guess from the title, “Ruslan and Lyudmila” is based on the eponymous poem by Alexander Pushkin. Glinka has made some changes to the plot details of his five-act opera. 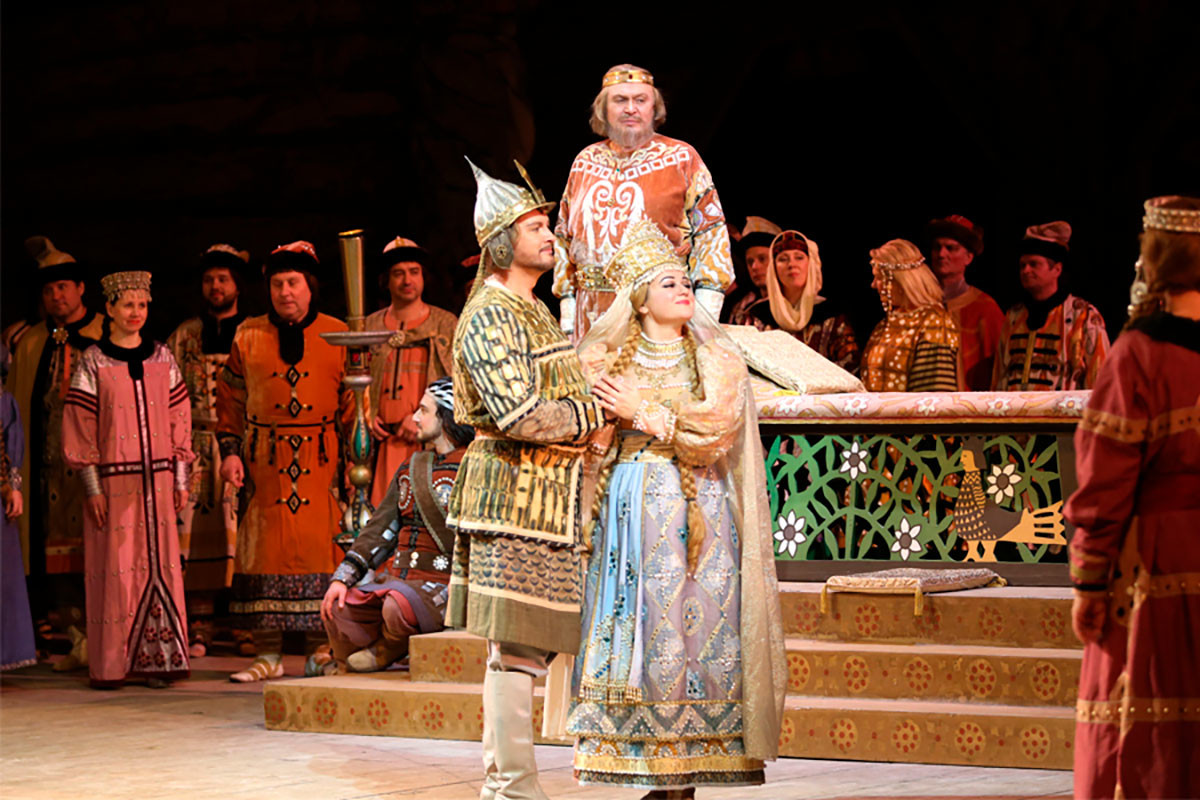 Courtesy of the Mariinsky Theater

On the day of her wedding to Ruslan, Lyudmila goes missing (not a runaway bride, however, that’s a whole different story.) Tsar Svetozar promises a half-kingdom to the man who will save and return his daughter. beloved.

Loyalty and love go hand in hand in this magnificent opera, which condemns cowardice and cheating. In ‘Ruslan and Lyudmila’ Glinka masterfully plays with light and dark, comedy and drama, eastern and western musical themes. The colorful characters show the diversity of life in all its glory.

Powerful bass-baritone Yevgeny Nikitin and soulful soprano Aigul Khismatullina shine like sparks like Ruslan and Lyudmila at the Mariinsky.

READ MORE: 7 facts about the Mariinsky Theater in St. Petersburg

Iolanta is a beautiful girl but blind and doesn’t even know her condition. She lives in a castle with her loving father, King RenÃ©, who forbade his subjects to talk about his daughter’s visual impairment. But when Iolanta falls in love, things will change. 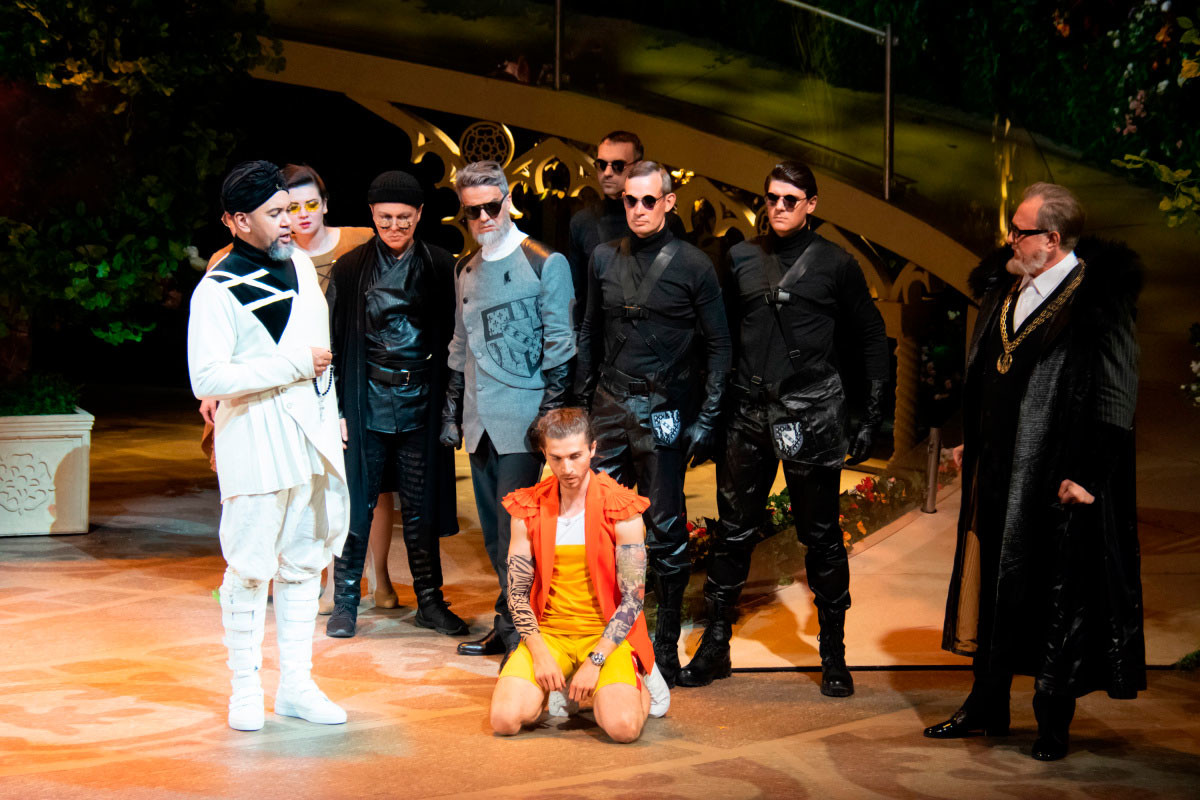 “I will write an opera that will make everyone cry,” Tchaikovsky decided while working on this opera. No sooner said than done.

‘Iolanta’ is a hymn to the conquering power of love and is one of Tchaikovsky’s most poetic and sublime operas. Created with poetic sensibility and lyricism, it is imbued with an atmosphere of light and kindness, which is rare for the opera genre. It contains a whole selection of beautiful melodies, arias and ensembles known to all classical music lovers. â€œIolantaâ€ was first performed at the Royal Swedish Opera in 1893. It’s time to return again for Tchaikovsky’s last opera. Russian soprano Olga Shcheglova takes the lead role of Iolanta while RenÃ© is played by bass Stanislav Shvets, who made his Ireland Opera debut in Verdi’s ‘Macbeth’.

One of the pillars of the Russian classical repertoire, Alexander Borodin’s â€œPrince Igorâ€ is based on â€œIgor’s Country Songâ€, the greatest monument of ancient Russian literature. 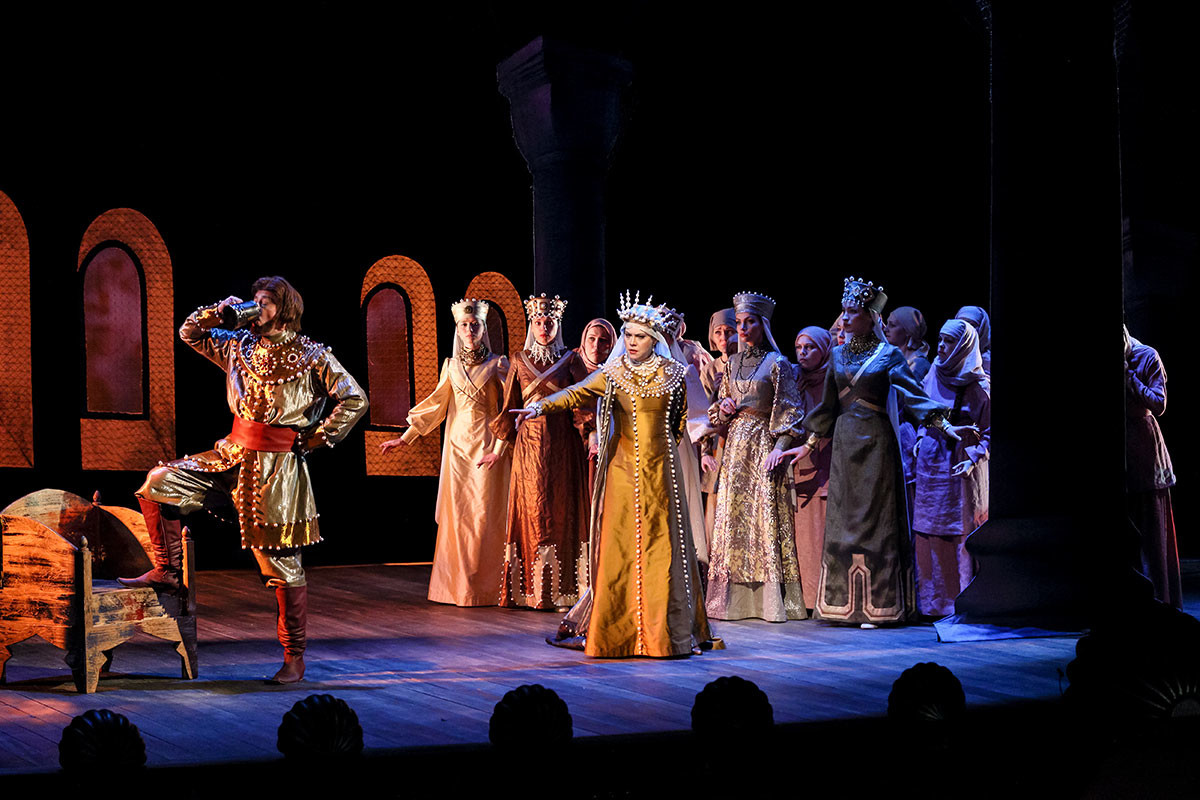 Written in the 12th century, it focuses on Prince Igor’s doomed campaign against the Polovtsy in 1185. Ignoring unfortunate signs of things to come, like a solar eclipse, Igor leads his troops against all the might of the steppe polovtsian. His army is defeated, Igor is wounded and taken prisoner with members of his family. Despite the odds against him, the prince eventually manages to escape with the help of the magical forces of nature. Belgian director and choreographer Sigrid T’Hooft, who is a true expert in the field of historical theater reconstruction, has ensured that â€œPrince Igorâ€ does not lose his appeal.

Surreal, dark and provocative, “The Fiery Angel” was never performed during Sergei Prokofiev’s lifetime. The composer’s most mystical work is based on a novel by Russian Symbolist poet Valery Bryusov. “The Fiery Angel” revolves around a young girl haunted by spirits. Renata calls one of them Madiel and dreams of being her lover, but he is not the only man in her hopeless, delusional life. 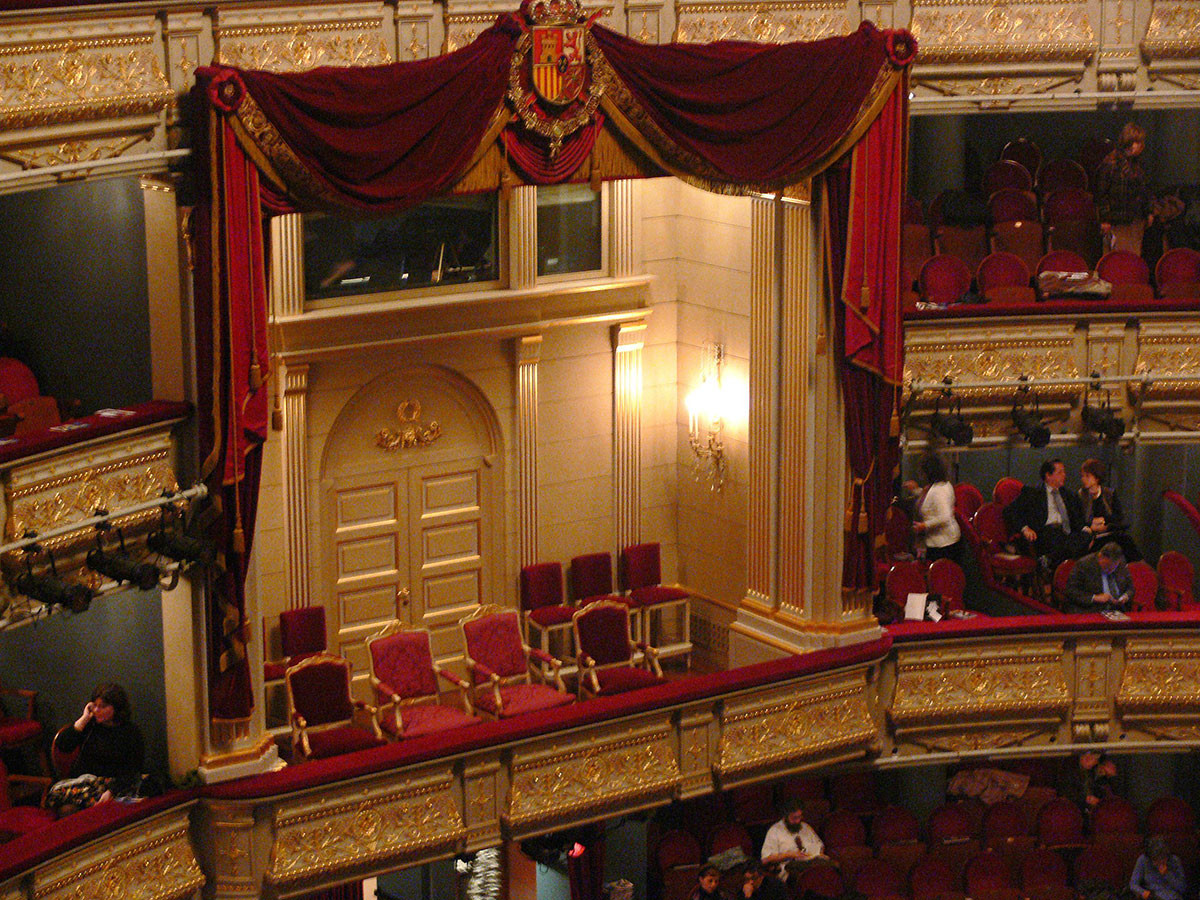 Prokofiev’s eerie “Angel” is staged at the Teatro Real in collaboration with the Opernhaus in Zurich by award-winning Spanish director Calixto Bieito, known for his unorthodox interpretations of classical operas.

READ MORE: Who was Sergei Prokofiev, one of the world’s most popular composers?

If you use all or part of the content from Russia Beyond, always provide an active hyperlink to the original content.